"The funnest day of my life!"

Noah had his first-ever birthday party this year, and it was so much fun!  We decided to have a rocket party because he's so interested in space.  Almost all his friends from preschool came, so it was a big crowd. 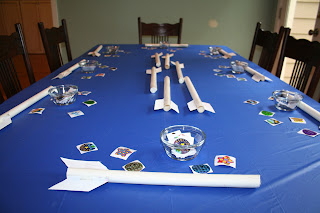 When kids arrived, they decorated their paper rockets (which we had made ahead of time) with stickers.  We found cute space, star, and smiley face stickers for them to use. 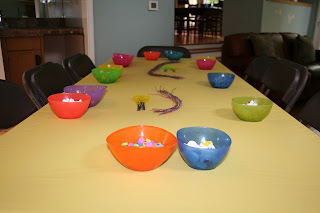 The next activity was to make rocket necklaces and bracelets using rocket beads and alphabet beads to spell their names. 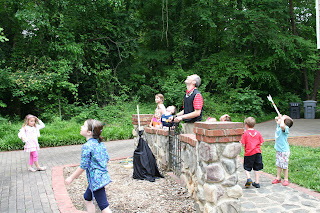 Then, it was time to launch the rockets!

We had started with a very simple design for an air rocket launcher, but over time, Matt improved the design using PVC pipe, an air compressor, a regulator from an in-ground sprinkler system, and a cool red "launch" button.  It's completely awesome, and it launches the paper rockets at least 60 feet into the air!  In this picture, the launcher is in front of Matt - you can see the tall white tube, and the rest of the launcher is covered up with a black cloth because all the parts look very interesting to touch. 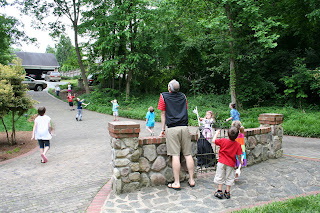 Each kid took turns pushing the red button to launch their own rockets.  Then, all the kids would run and grab the rocket after it landed. 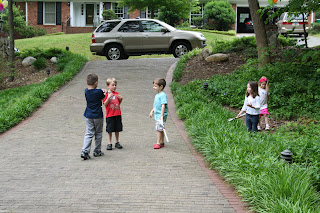 We kept launching until every kid had as many turns as they wanted and interest started to fade. 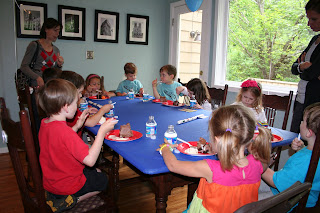 Then it was time to sing "Happy Birthday" and eat chocolate cake and vanilla ice cream! 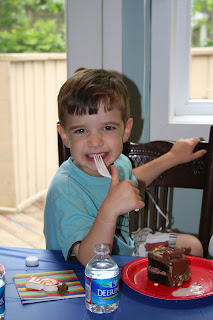 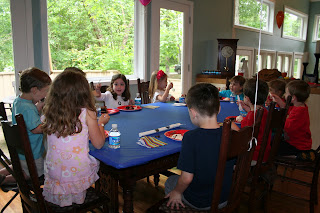 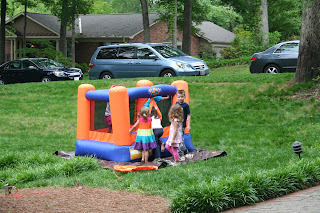 After cake and ice cream, the kids bounced in the "moon bounce" as the party wound down.

It was a great theme for a party, and everyone really had a great time! 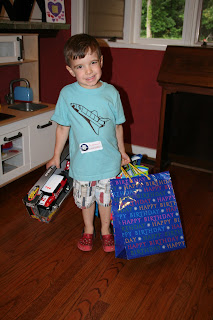 Noah collects his many birthday presents 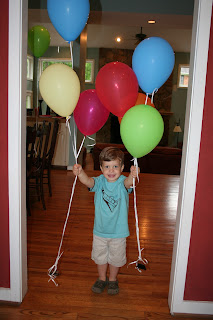 Isaac had a great time playing with the balloons after the party.

Later in the day, Noah said, "This was the funnest day of my life!"

That made all the preparations worth it!

Posted by Educating My Own at 7:06 AM