Noah is obsessed with NASA and space travel.  He watches NASA TV on the computer and keeps up to date with the current projects that NASA and commercial space companies are working on.  He knows that  Expedition 30 astronauts recently returned from the International Space Station and landed in the Soyuz capsule in Kazakhstan.  He is anxiously awaiting the launch of the next Soyuz rocket that will bring Expedition 31 astronauts up to the ISS.  He has been following the training of the astronauts in Russia as they get ready for their mission.

He is a wealth of information about he space shuttle program and has followed the various shuttles as they made piggyback flights to their new museum homes.  He knows where Discover, Atlantis, Endeavor and Enterprise are.  He also knows that Challenger and Columbia were destroyed, but we've kept him clear of the details of those events, which is a challenge when he's knee deep in NASA information.  His favorite movie is "The Big Space Shuttle," and he has memorized the entire thing.

All this information has rubbed off on Isaac too and he has become quite the space fanatic.  Noah has patiently taught him how to count backwards from 10 so he can announce liftoffs when they play.  When Isaac saw one of the rockets Noah got for his birthday, he gasped and said, "Oh!  Boosters!  Look Noah!  Solid rocket boosters!" 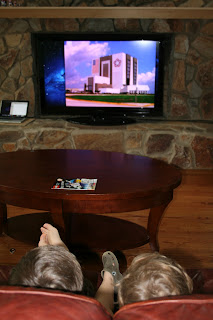 So, needless to say, visiting the Air and Space Museum was one of the highlights of our trip to Washington, DC.  Noah poured over books about the museum and knew exactly where he wanted to go and what he wanted to see upon our arrival. 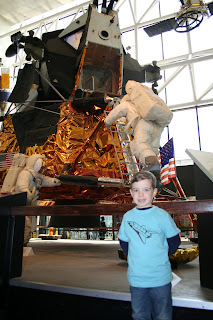 First stop:  The Eagle lunar lander!  There is Neil Armstrong and Buzz Aldrin!

"One small step for man, one giant leap for mankind" 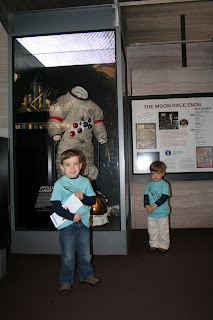 Noah with a cosmonaut space suit.

Isaac was not quite appreciating every detail like Noah was, so Grammy and Yaya whisked Isaac away and they had great fun together in a quiet spot of the museum.

Here's just a sample of our tour around the museum: 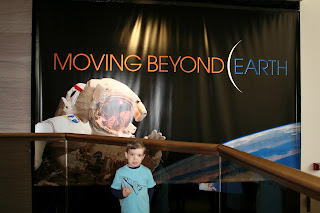 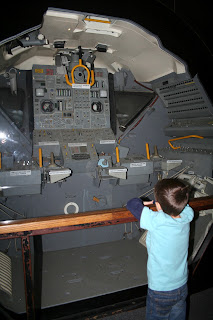 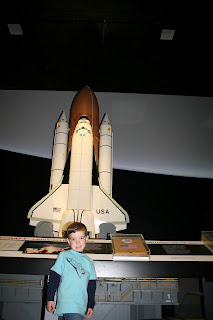 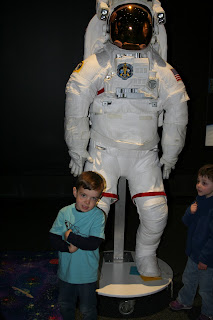 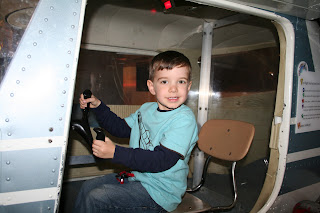 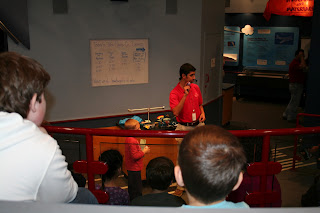 Watching a demonstration about the physics of flight 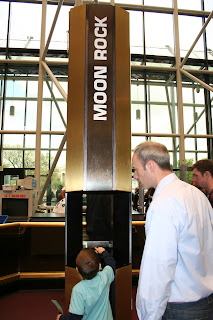 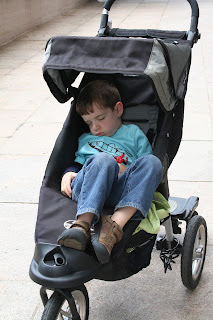 After lunch, while we were waiting to see "To Fly,"  Noah took a much-needed power nap. 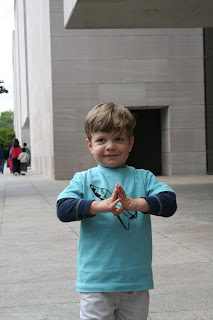 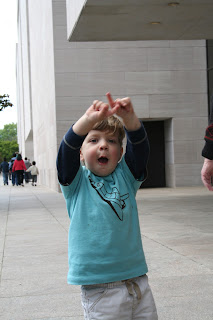 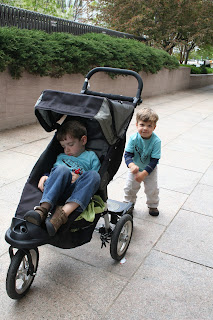 Isaac soaks in all the attention while brother naps! 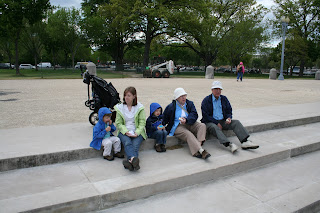 After we were finished at Air and Space, we enjoyed eating ice cream sandwiches even though the weather was chilly. 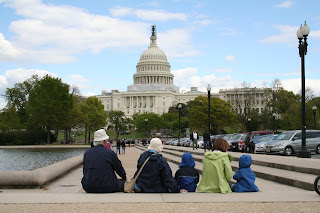 Wow, what a wonderful view! 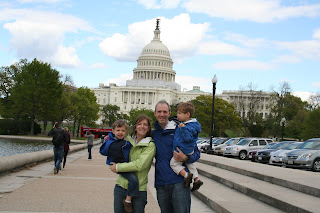 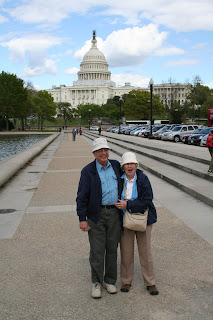 It was a fun, full day for us and we were ready to take the Metro back to our hotel in Bethesda.

Posted by Educating My Own at 9:16 AM