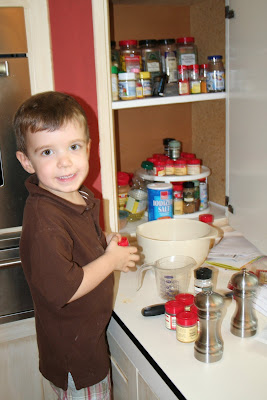 Noah really likes spices.  He likes to mix them together to see what they smell and look like. After a few times of mixing spices, Noah decided that his spices needed water so he could see which ones would melt.  Then, it turned into spice soup! 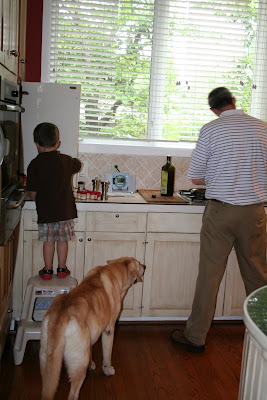 Noah started to ask to make spice soup everyday, which led to many empty spice containers.  It was then that I asked Noah if he would like to have his very own spices.  Of course, he was very excited by that idea and we went shopping and he picked out five of his favorite spices.  He can now use as much of his own spices as he wants whenever he creates his soup.  That has led to one happy "cook" in the kitchen, and many pretend tastings of interesting spice soups!