Noah ended his year at The Children's Schoolhouse with a bang!  During the party on the last day of school, he decided that he was ready to try the zip line!  This was a huge deal because it's something that the older kids usually did on the playground.  He had tried it a few times while we would hold him the entire way, but he had not expressed any interest in doing it himself.

That is, until the last day of school.   He stood and studied it and made sure it looked safe. 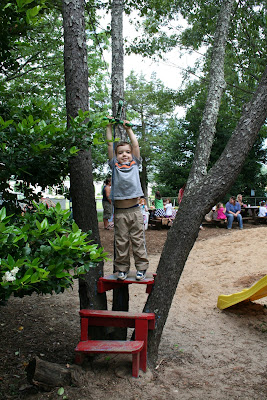 He stood on the platform and reached as high as he could to hold on to the zip line. 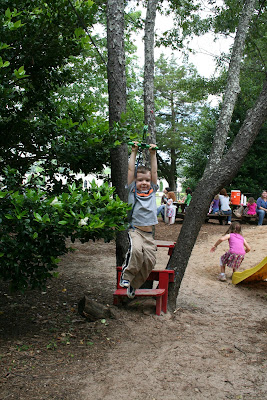 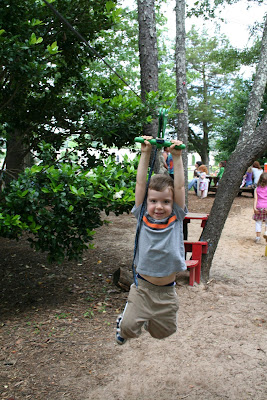 Look at that huge smile!  He did it again and again.  Everyone else was busy at the party, so Isaac and I were the only people around to see him on the zip line, but that's the way he wanted it.  Later, he told his teachers what he did, and they couldn't believe it.

The three major things that Noah accomplished on the playground in the last year were: swinging on a swing and learning to pump (when he began the year, he only wanted to swing in a baby swing!), swinging on the tire swing with other boys, and riding the zip line!

Posted by Educating My Own at 8:03 AM