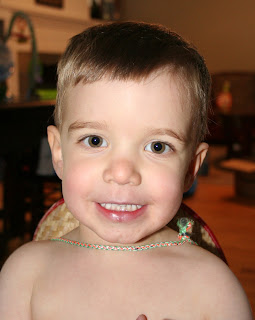 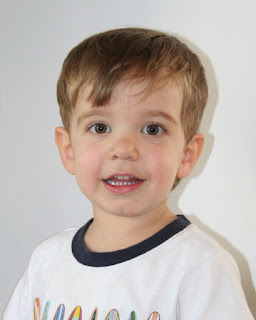 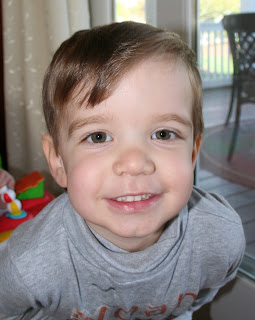 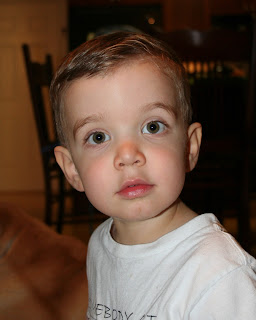 I've been working hard to get some close-up shots of Noah lately. It really is hard work because as soon as the camera comes out, he starts to make funny faces or closes his eyes or only wants to look at the pictures on the camera. So, I was really excited to look back at the pictures from the last few days and find these gems. Two of the pictures were taken right before his haircut and two were taken soon after. As his year of being two is winding down he is starting to look so much more grown up, and there are moments where he looks more like a pre-schooler than a toddler.
Posted by Educating My Own at 6:34 AM