Noah's first flag football season is underway!  He's had two weeks of practices and games so far.  There are six boys on his team, and they have a great mix of skills and talents.  Four of the boys prefer to be the runners/receivers.  One boy likes being the center.  Noah is the quarterback.
Noah loves getting the plays from the coach, making sure everyone knows the play, and executing it.  At this point in the season, most plays involve handing off the ball to the runner.
It's the perfect position for Noah!
Here are four video clips showing Noah in action.  He's number 17, and his jersey is black in some clips and gray in others.  He's always the quarterback.  I love watching his reaction after the play has finished.  He's covering his ears in one or two of the clips because the referee's whistle was bothering him.
Enjoy! 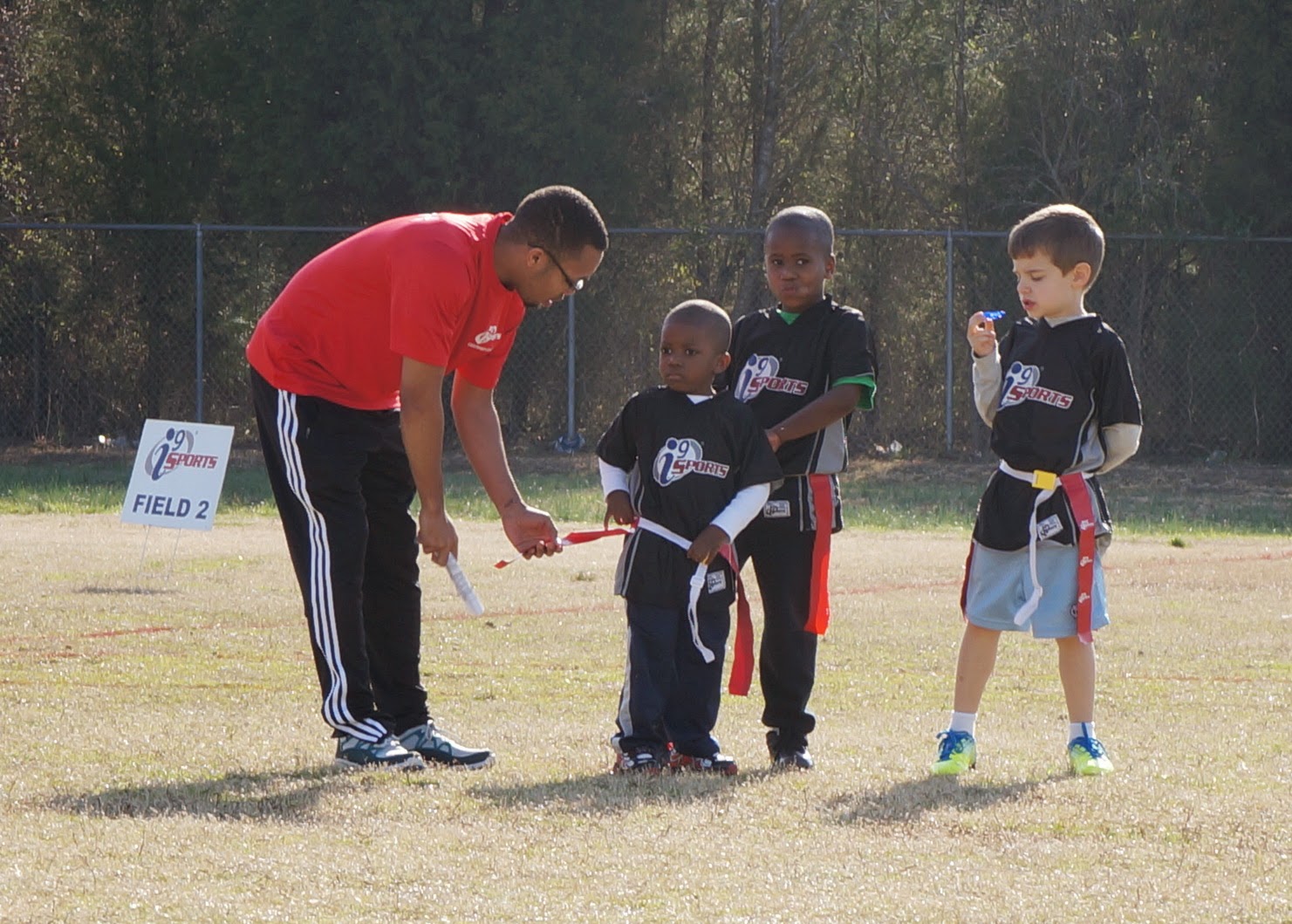 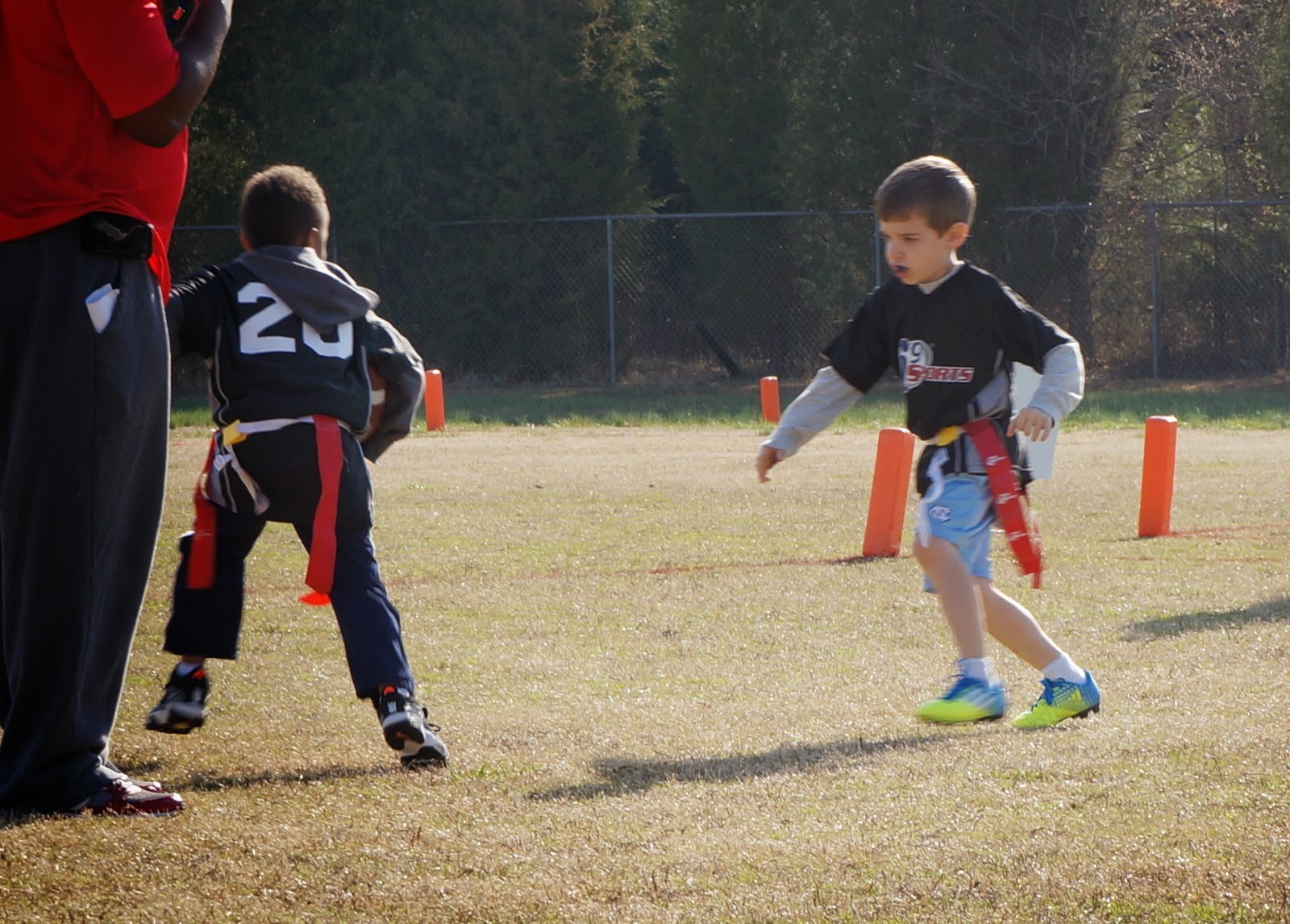 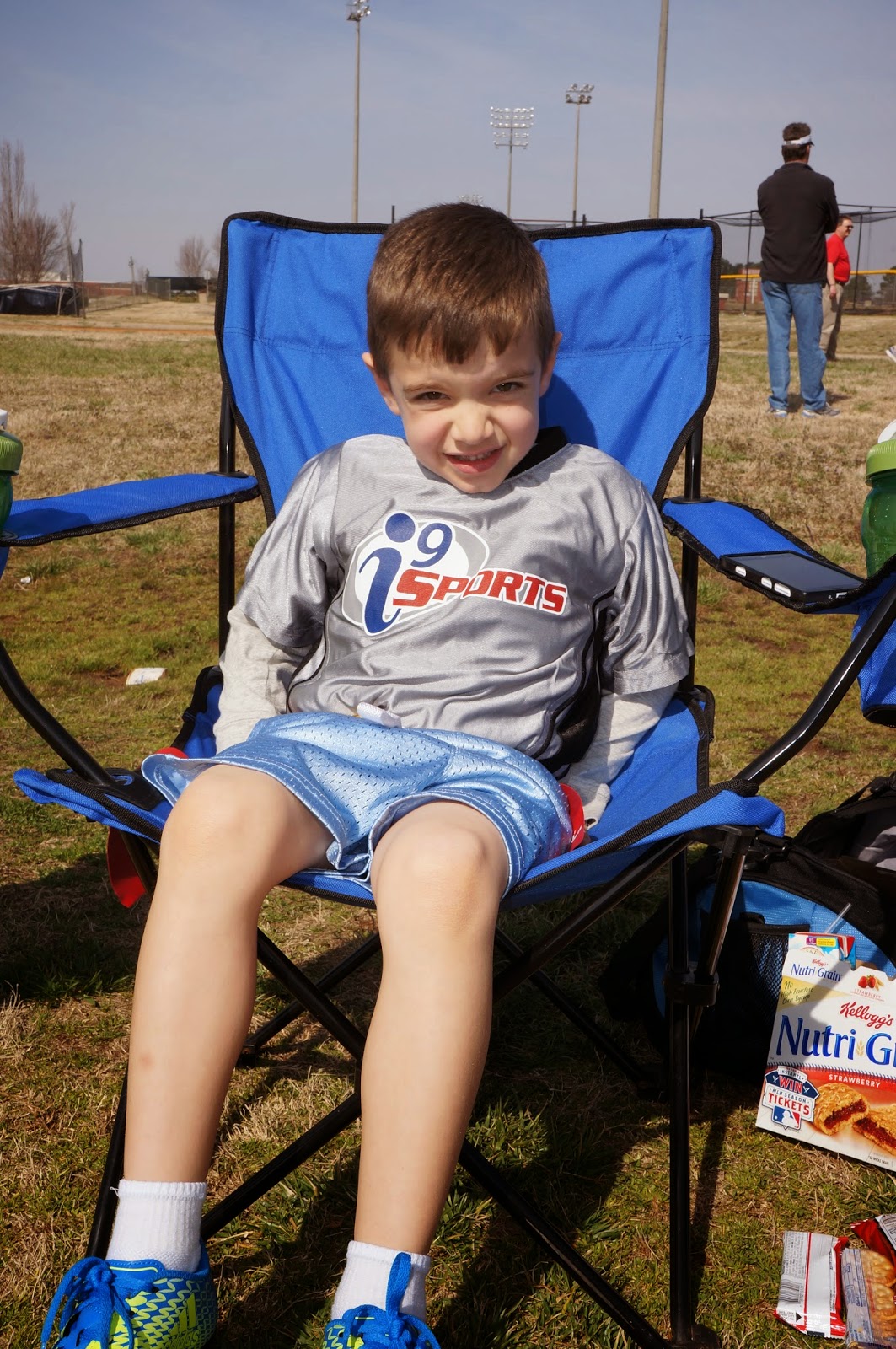 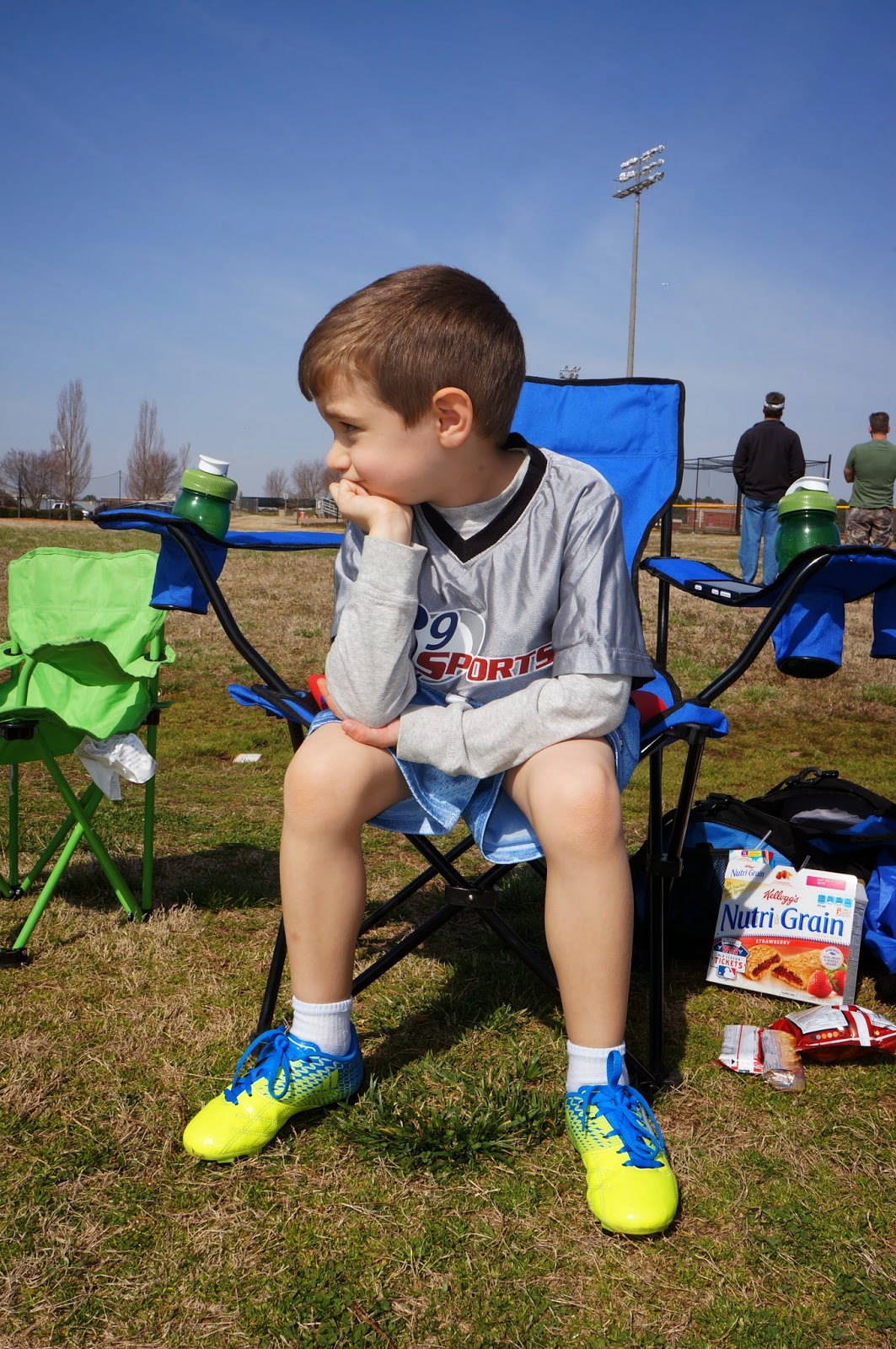 Posted by Educating My Own at 8:46 AM