Isaac has overheard Noah practicing a lot of spelling words this year.
Yesterday, Isaac decided that he wanted some spelling words for himself.  He took out a whiteboard and some dry erase markers, and I handed him a paper that had some rhyming words that we had been talking about earlier that day - cat and sat.
I said, "Here are your spelling words.  You can write them on the whiteboard just like Noah does."
Isaac got right to work and I had to leave the room to continue making dinner.
Many minutes passed.
All of a sudden, Isaac started hysterically laughing.  Laughing uncontrollably.
He said, "Mommy, I wrote a word!"
I said, "That's great!" from the kitchen, figuring that he had written cat or sat and he thought it was so cool that he was laughing.
I should stop here and interject that Isaac is just beginning to write.  He is learning letter formation in preschool and he occasionally writes random letters for fun.  He can write his name independently, but he has never written any other word by himself.
The combination of knowing letters, letter sounds, the ability think of what to write, physically form the letters, and also writing them in the correct order is a complex task.  It's a complex skill that doesn't usually take place until some time in kindergarten.
Ok, now back to the story...
The hysterical laughter continued.  I began to wonder what could possibly be so funny. 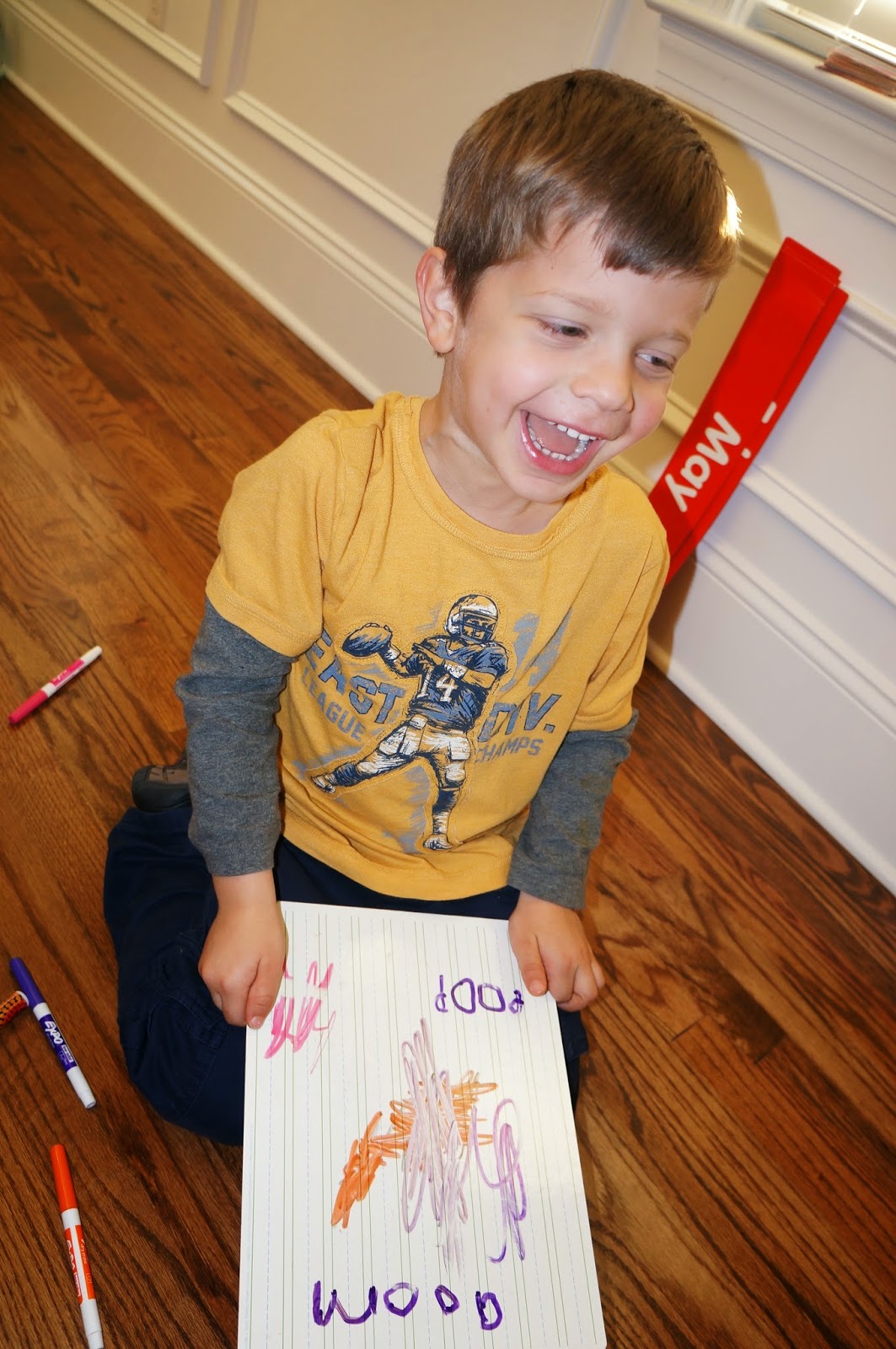 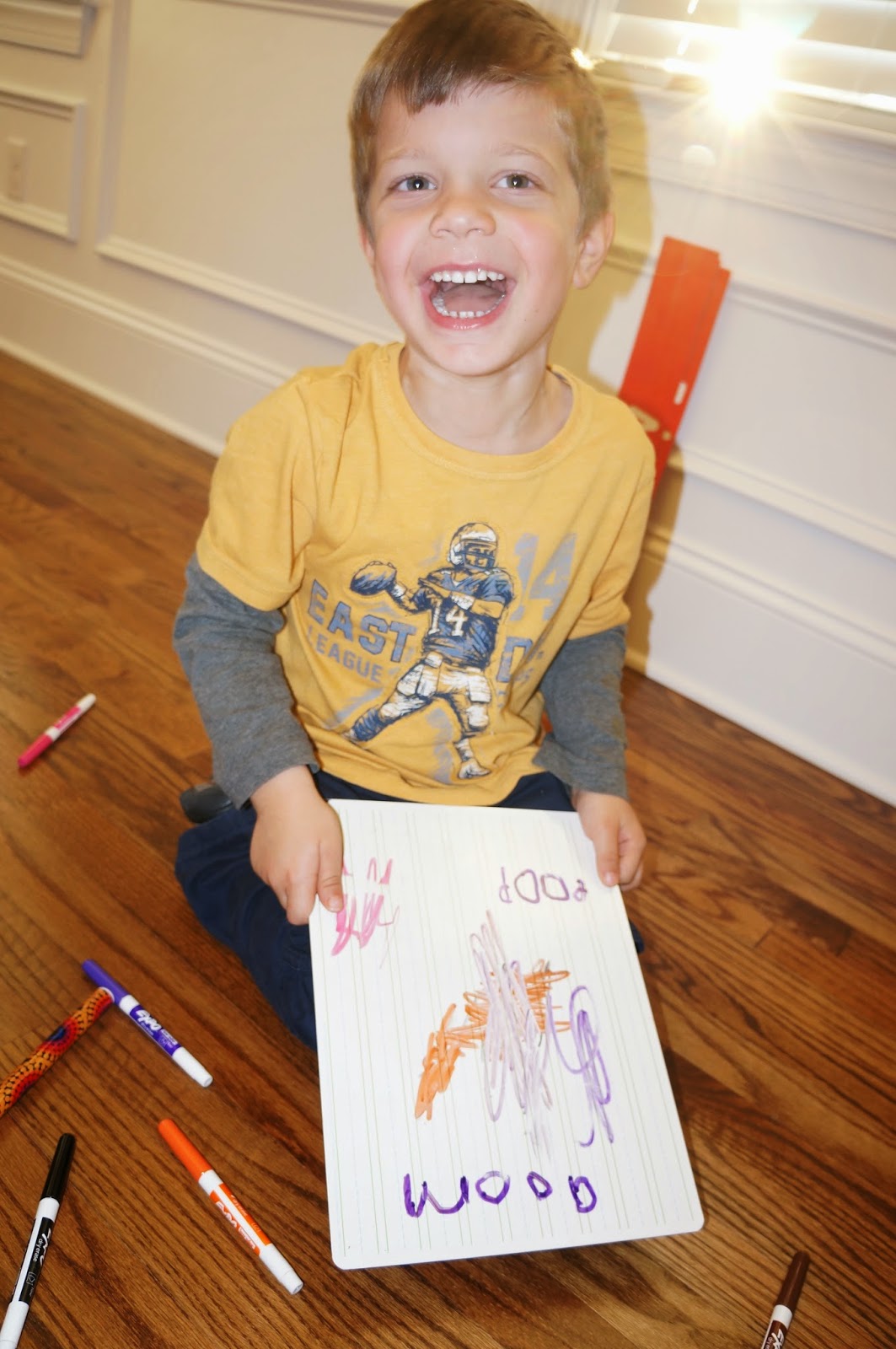 Then he said, "Mommy!  I wrote an inappropriate word!" and continued to howl with laughter.
Well, that got my attention.  I came into the room to see what he wrote all by himself.  It wasn't cat or sat.  It was: 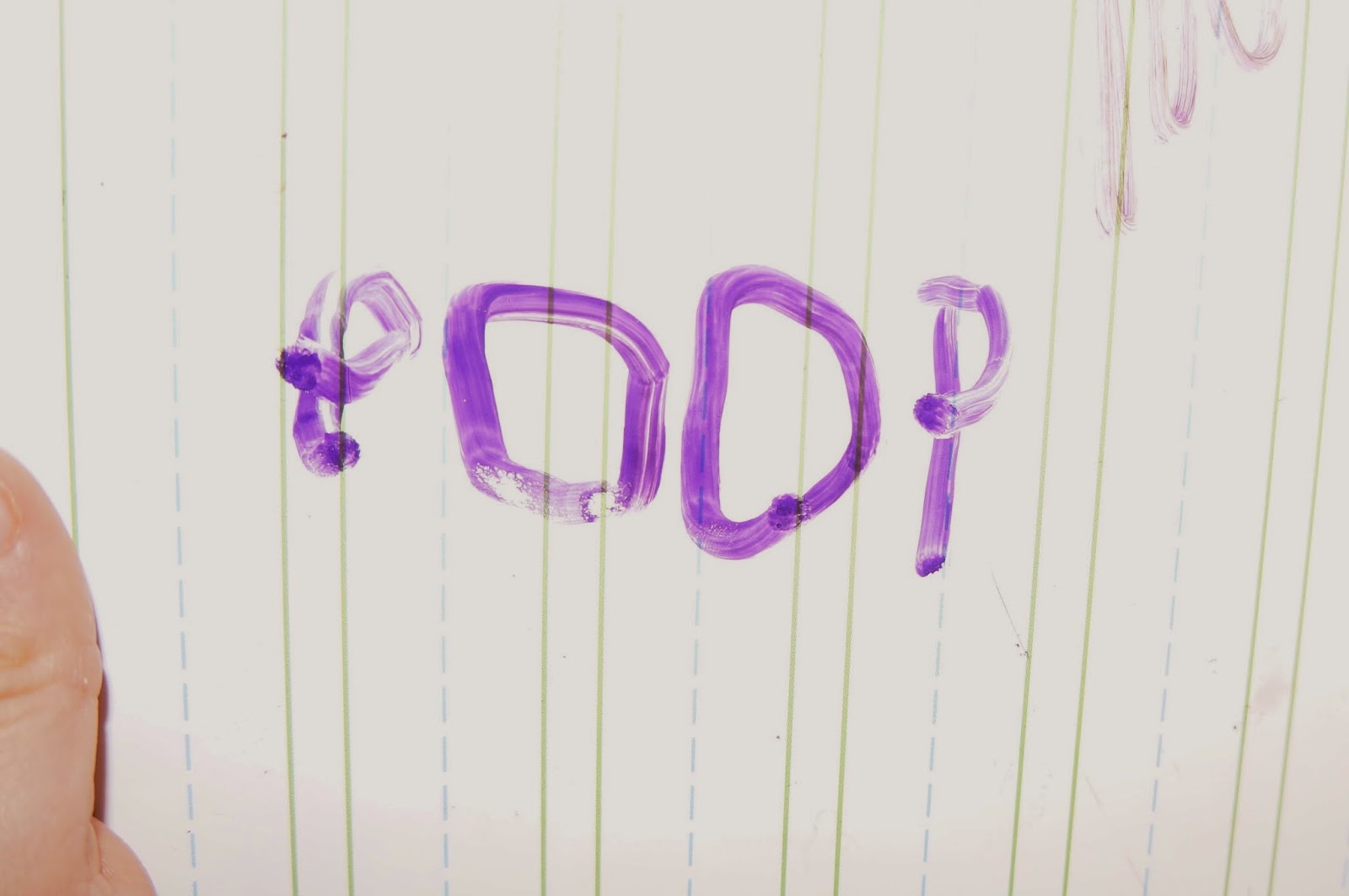 There you have it.
Our four-year-old figured out how to write "poop" all by himself.  His very first written word other than his name.
Since then, I've found "poop" written on a few other pieces of paper around the house.
Oh, and Isaac now claims it's not an inappropriate word anymore because he's writing about the poop deck on the Titanic.  He has asked me how to spell "deck" so maybe that will be his next written word.
What can I say.  Isaac is always surprising us, so it makes sense that his first written word would be a surprise too.  I'm a proud mommy.

Posted by Educating My Own at 8:31 PM