Noah has become a huge fan of University of Michigan sports!

He started closely following the Michigan football team this year, and after the season was over he started following the basketball team.  His favorite website is MGoBlue.com, and he checks in each day to check scores, read press releases and see what game is next on the schedule.

Here are some pictures that follow a few days in the life of a Michigan FANnatic: 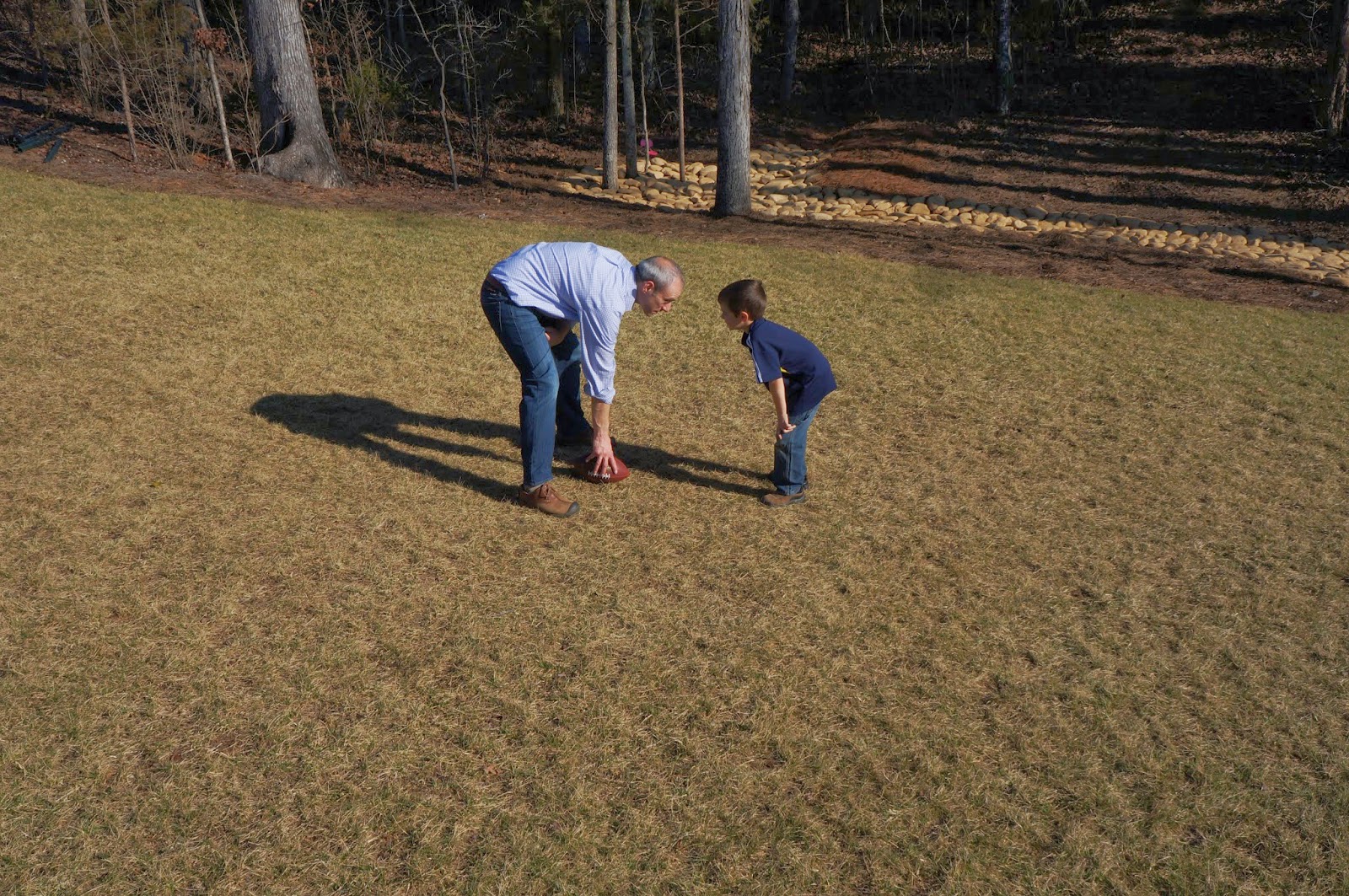 Noah and Matt playing football in the backyard 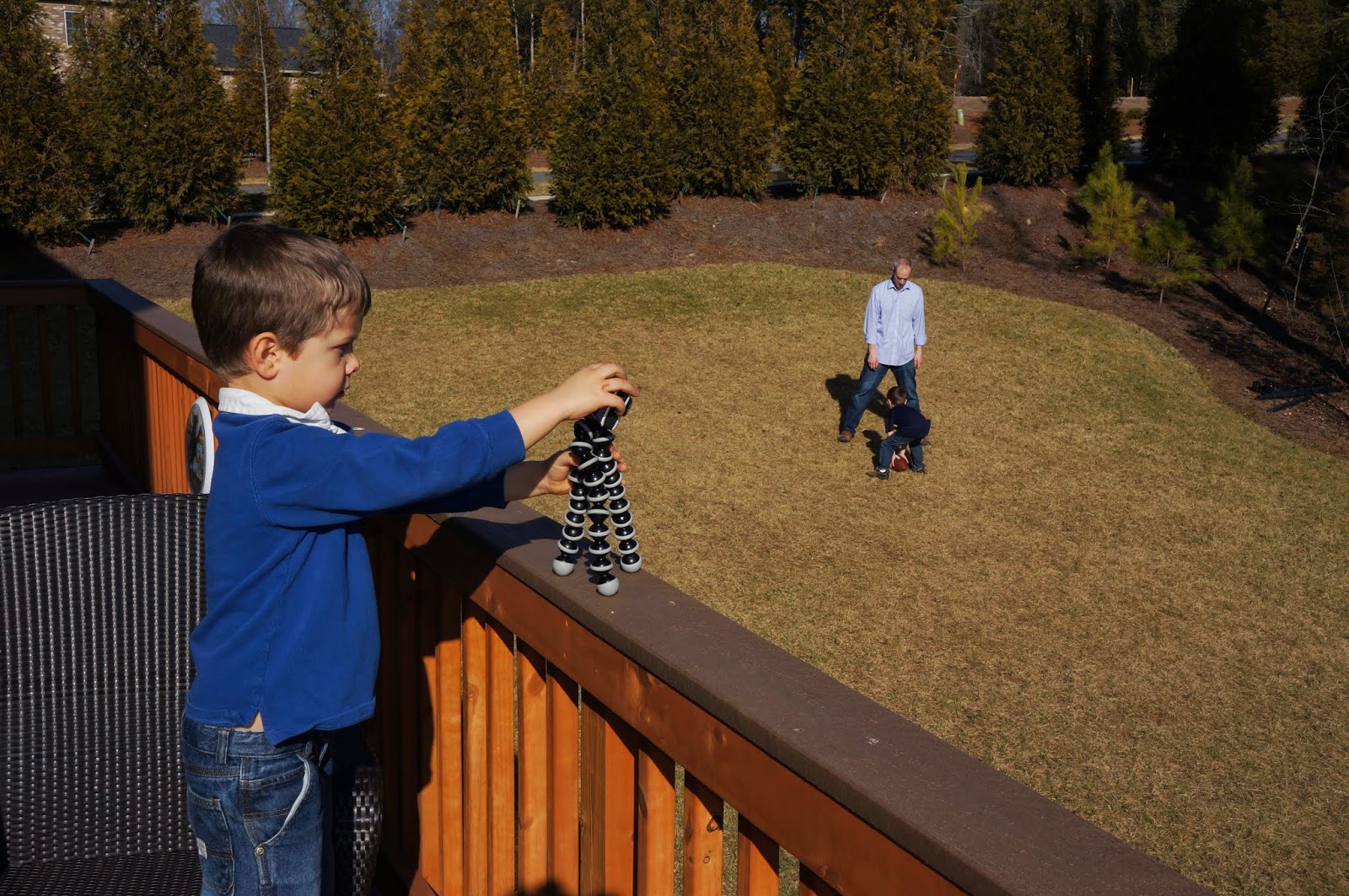 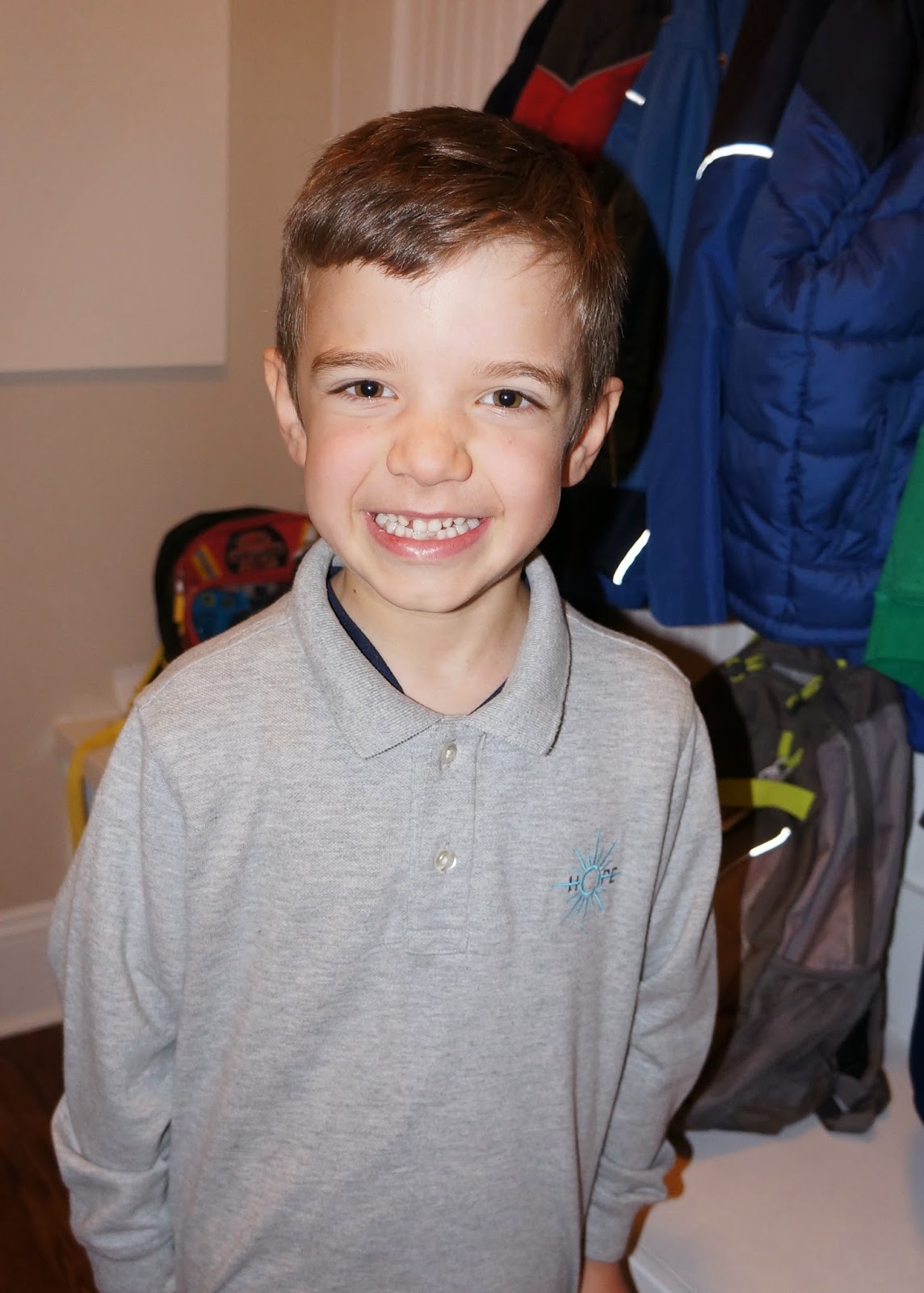 Noah looks like he's going to burst with excitement!
If you look closely, you can see a blue shirt peeking out from under his uniform shirt.  He had slept in his  Michigan shirt the night before, and he had decided to keep the shirt on and just put his uniform shirt over it for school the next day.  We had to pry the shirt off him that night so we could wash it! 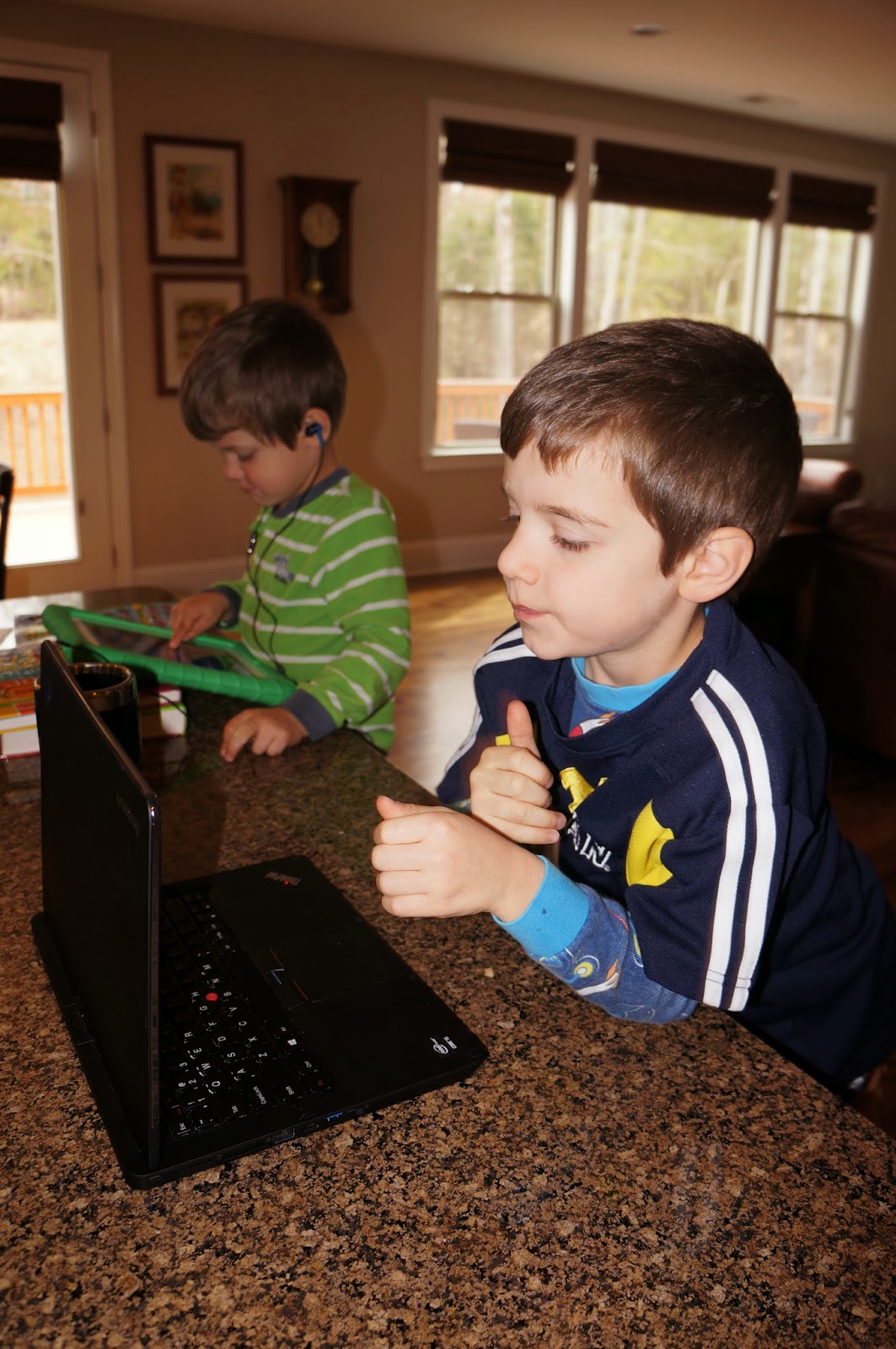 On another day, Noah did homestudy while wearing his pajamas, with his Michigan shirt over his pajamas. 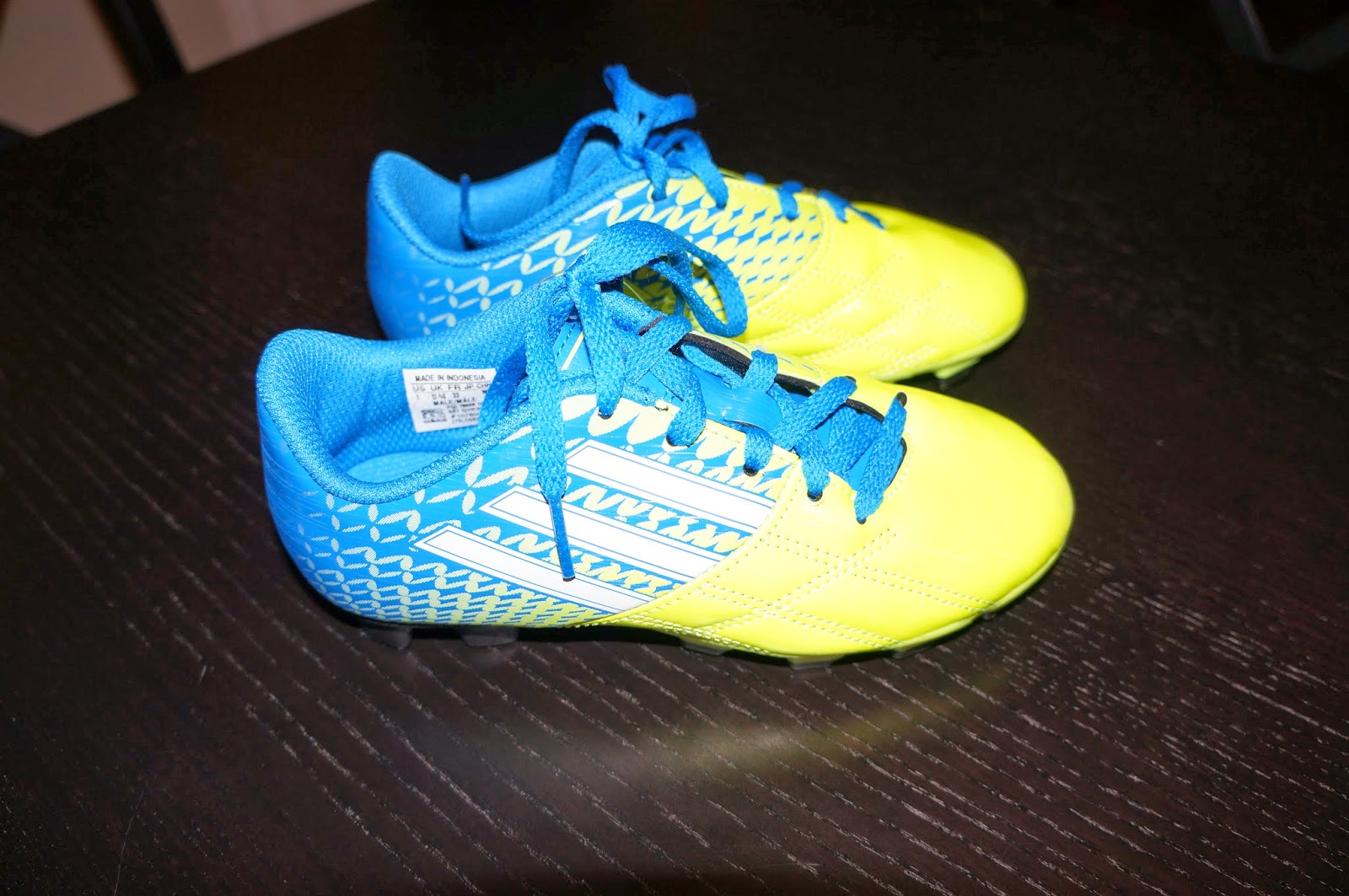 Noah is playing on a flag football team, and his season starts tomorrow.  He needed new cleats, and when he saw these neon maze and blue cleats, he absolutely had to have them! 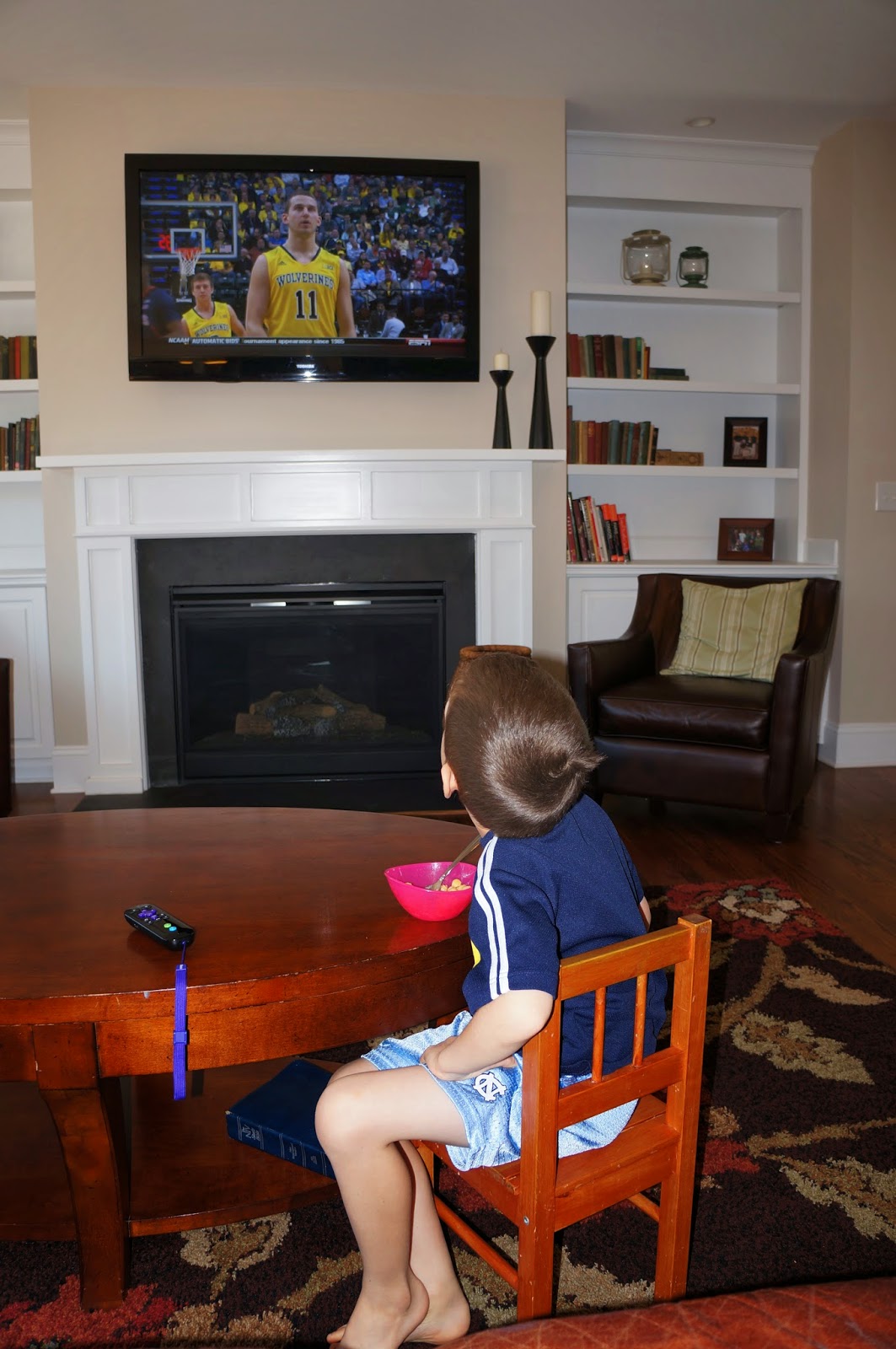 Noah is watching Michigan play Illinois in the Big Ten Tournament Quarterfinal today.  One of the huge benefits of homestudy is that Noah worked hard all morning and completed an entire day of schoolwork.  Then he was finished and ready to watch a basketball game at noon on a Friday.  How cool is that?

Oh, and if you look closely, you can see that Noah is wearing his favorite Michigan shirt with UNC shorts.

It's fun to have a Michigan FANatic in the house!