Isaac had a blast in his first triathlon yesterday.  It was a preschool triathlon and a parent could stay right by the child's side while they did the course.  Isaac has been looking forward to this for months!  Noah and I had fun cheering Isaac on.  Noah even wore his shirt from when he competed in the preschool triathlon in 2012! 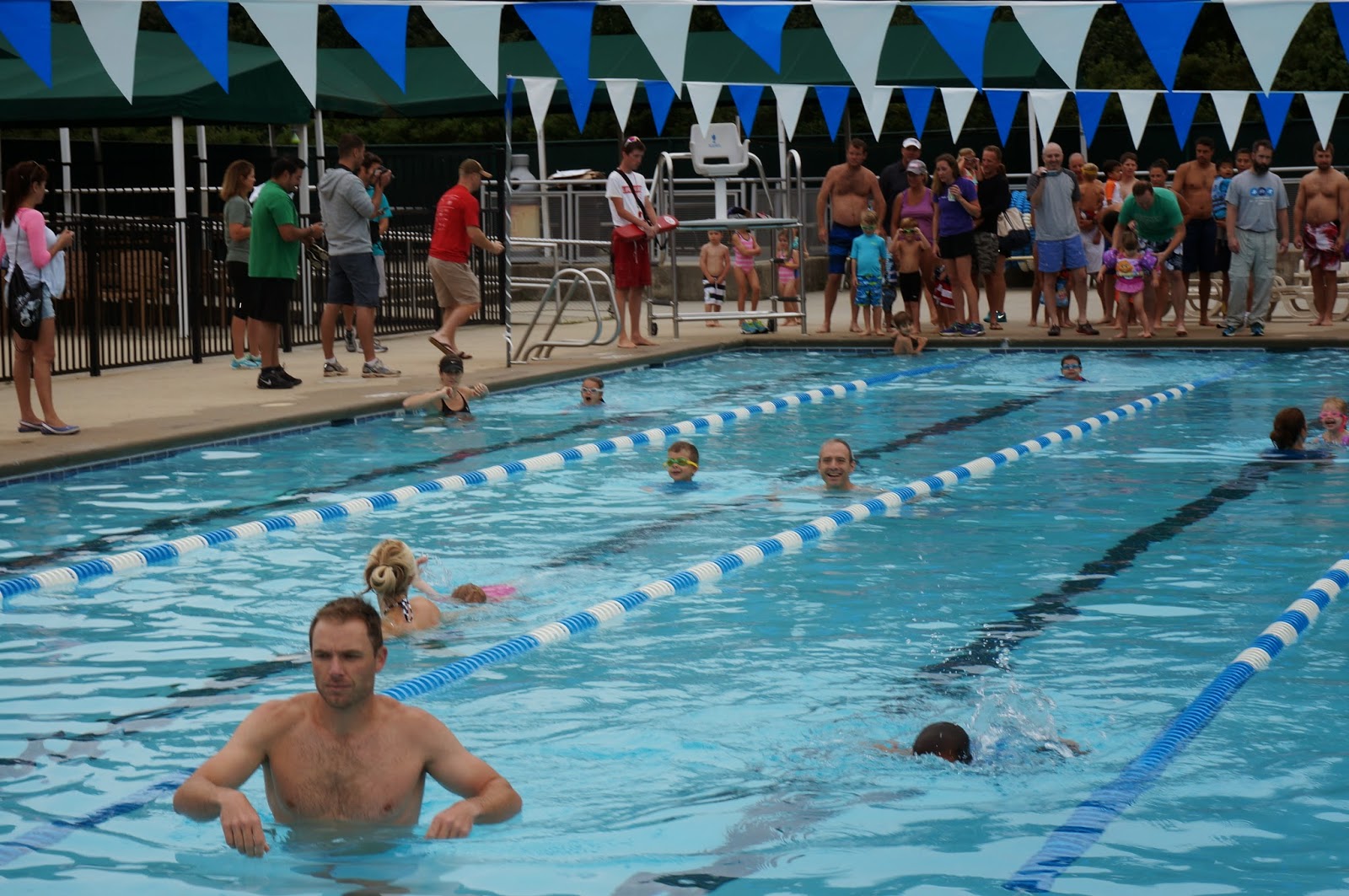 Isaac is in the middle lane.  The entire time he was swimming, he was shouting, "I'm out of control!" at the top of his lungs with pure delight!  He wasn't out of control, he swam between the markers just fine.  Somehow it was just fun to scream and swim at the same time! 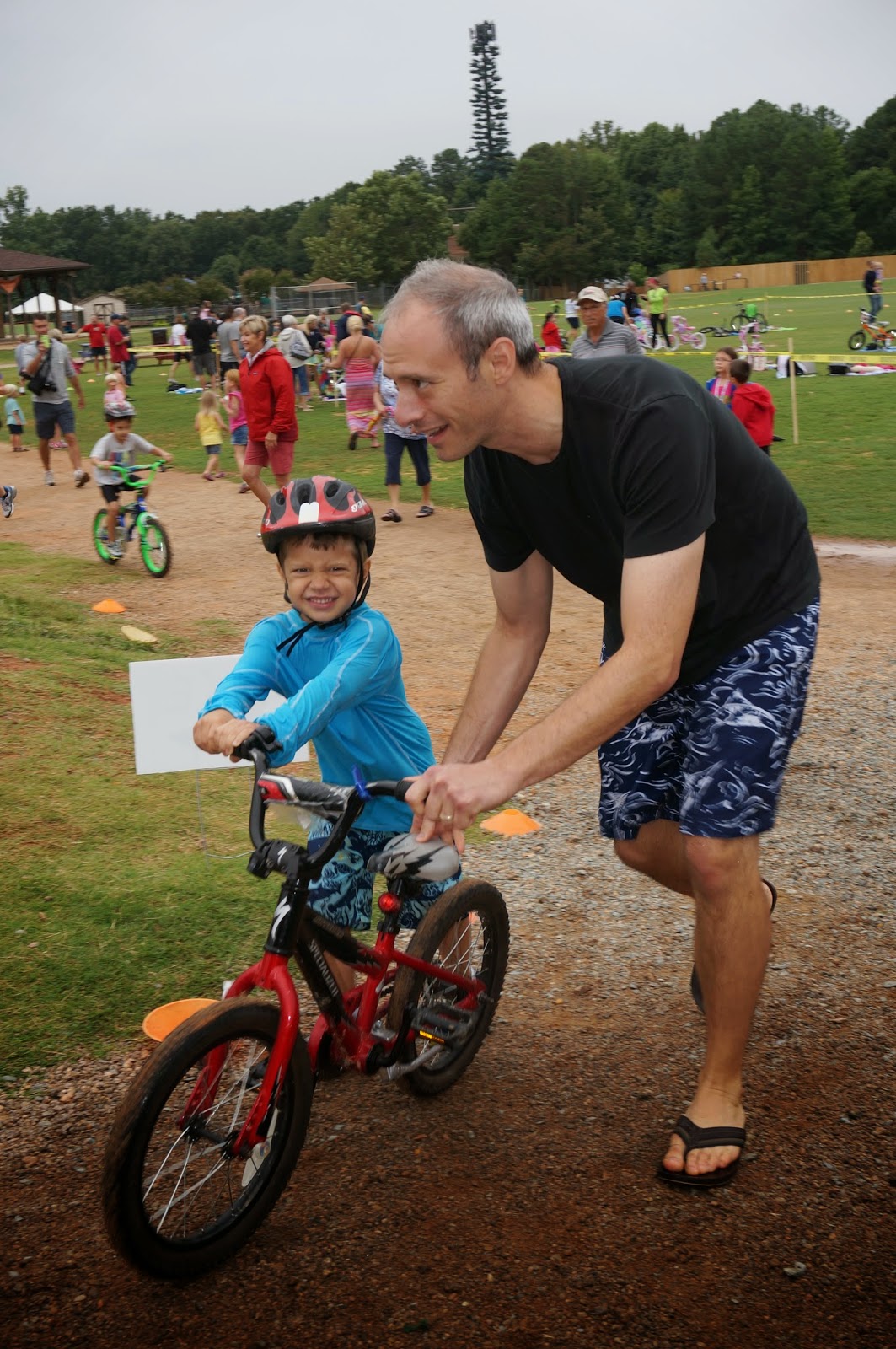 Matt helped with the transition to the bike, then Isaac was off on his own 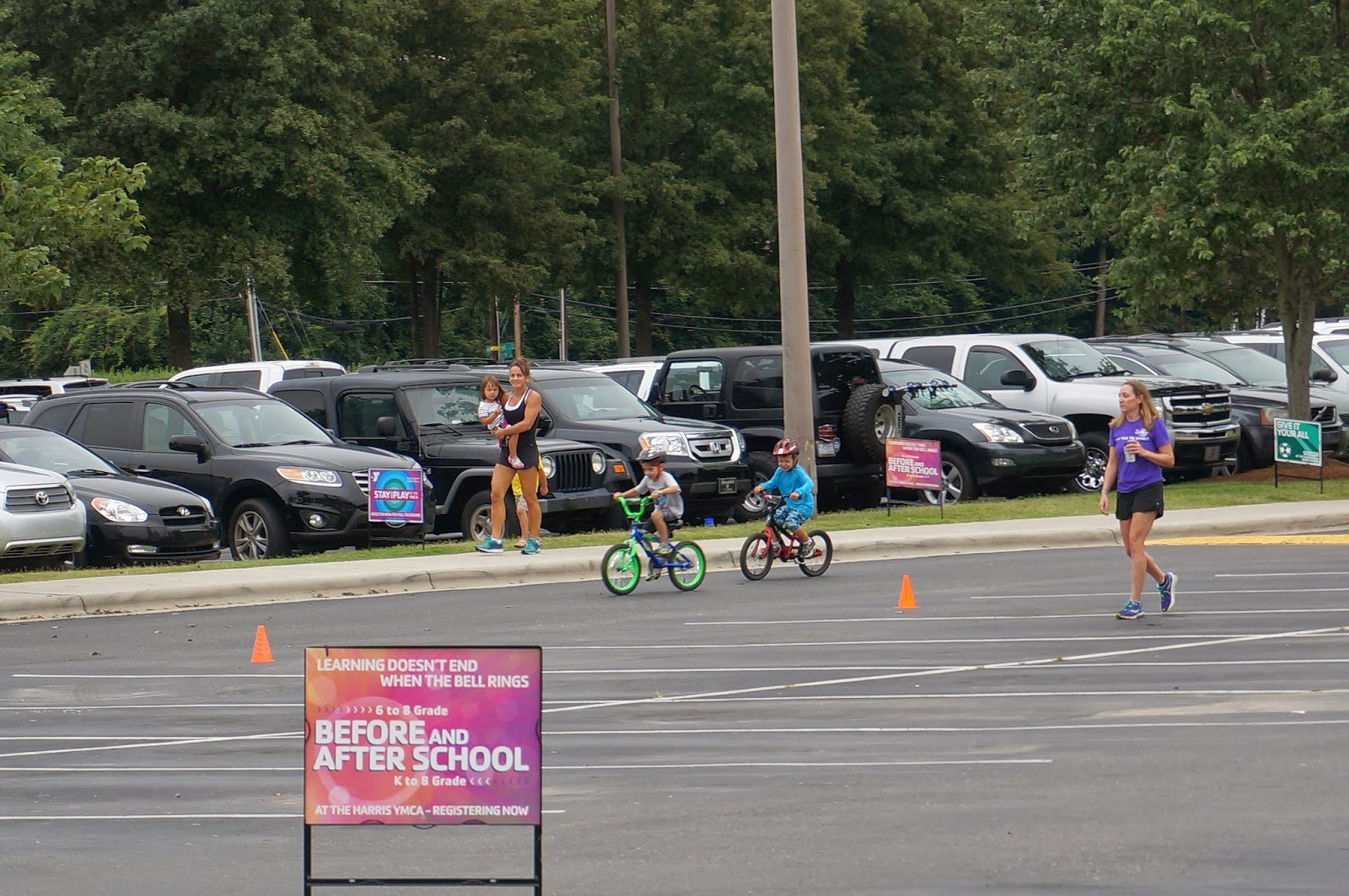 Isaac is in the blue shirt 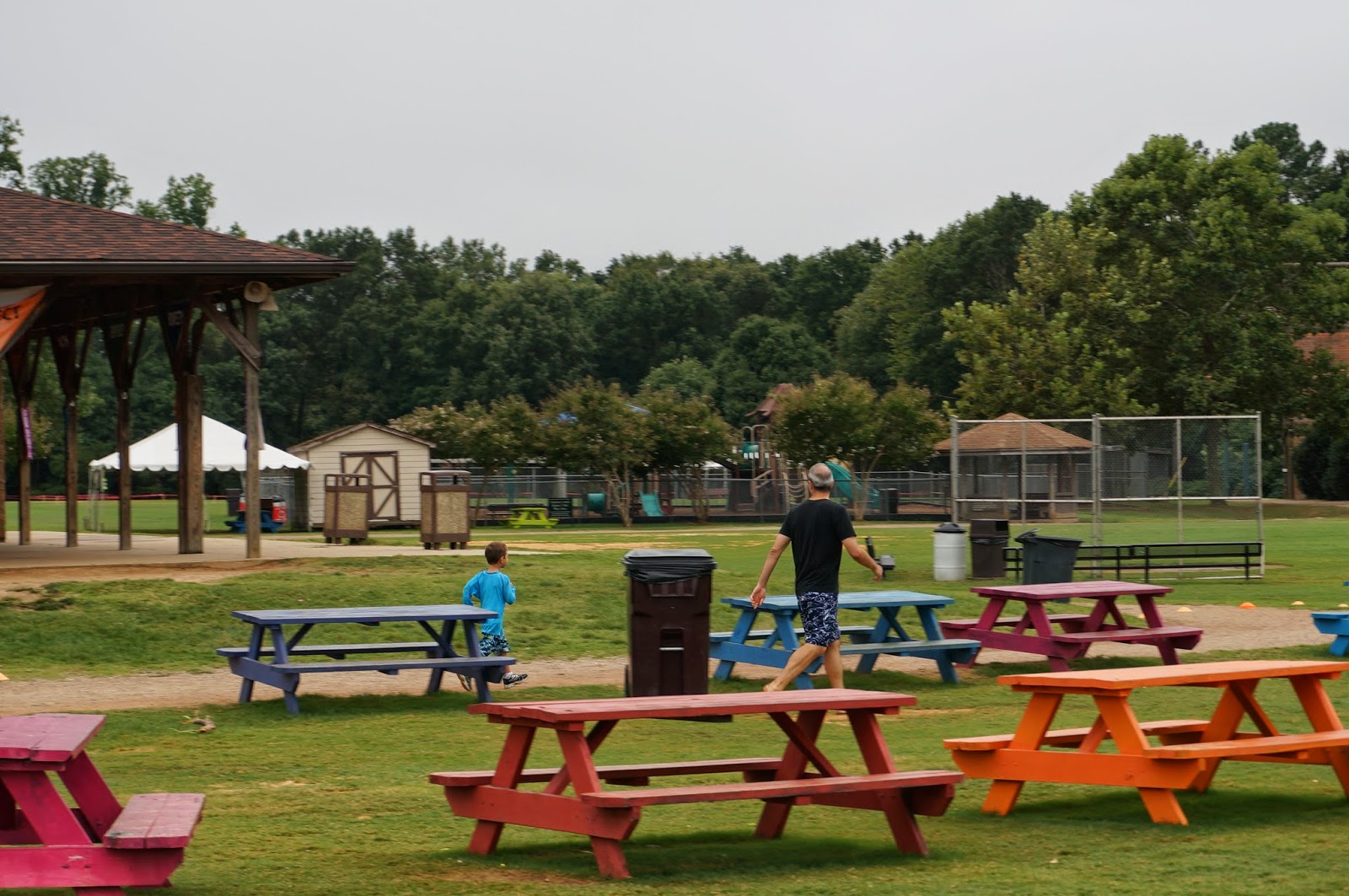 Then he was off to the races!  He's in the blue shirt behind the picnic tables.  There were cones set up to help the kids see where to run.  Isaac created his own course by weaving in and out of the cones as he ran.  Isaac always has his own unique approach to life, and that even came out during the triathlon! 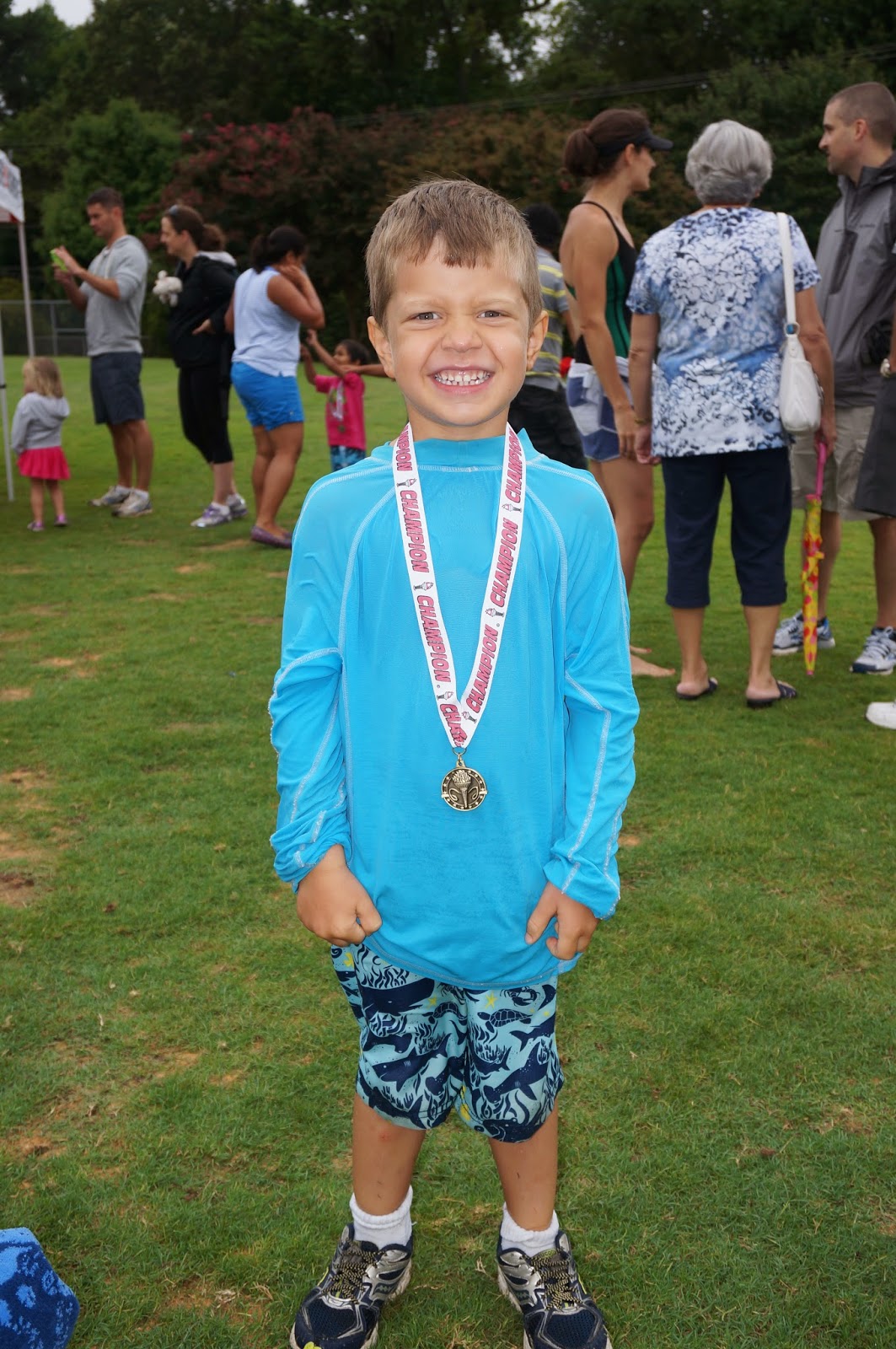 Mr. Triathlon!
He can't wait to do it again next year.
We're so proud of you, Isaac!

Posted by Educating My Own at 8:56 PM