We are celebrating the beginning of summer vacation around here!
We have also spent the last week celebrating the end of three things that the boys have loved:  spring sports, first grade, and preschool.  The boys were very sad for these things to come to a close.  They have had great experiences with school this year! 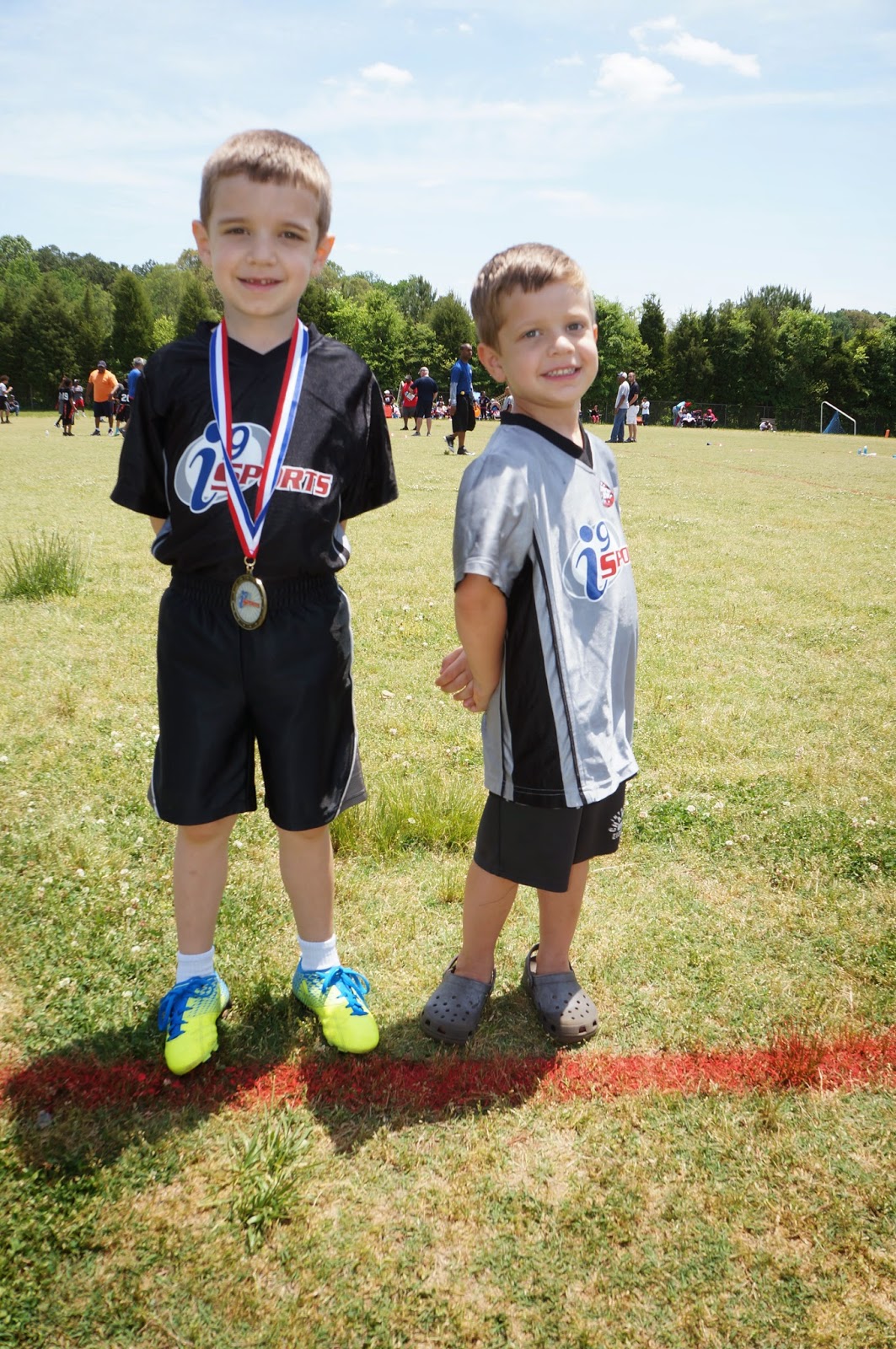 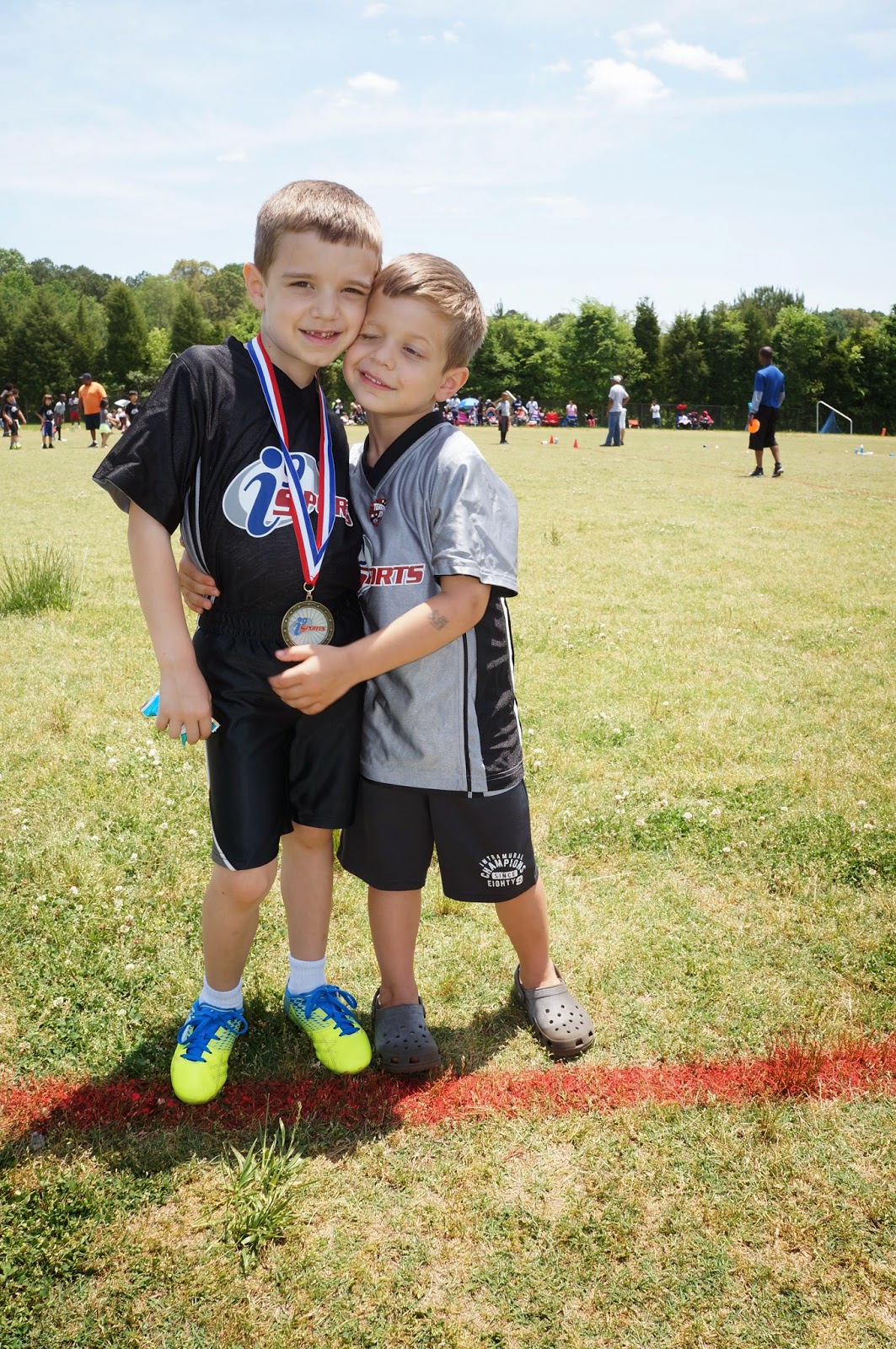 The last day of flag football and soccer.  Noah's flag football team was defeated in the championship game of the Mighty Mite Division.  He was sad to lose that game, but he had such a fun season being quarterback.  Isaac loved soccer and he's looking forward to playing again in the fall. 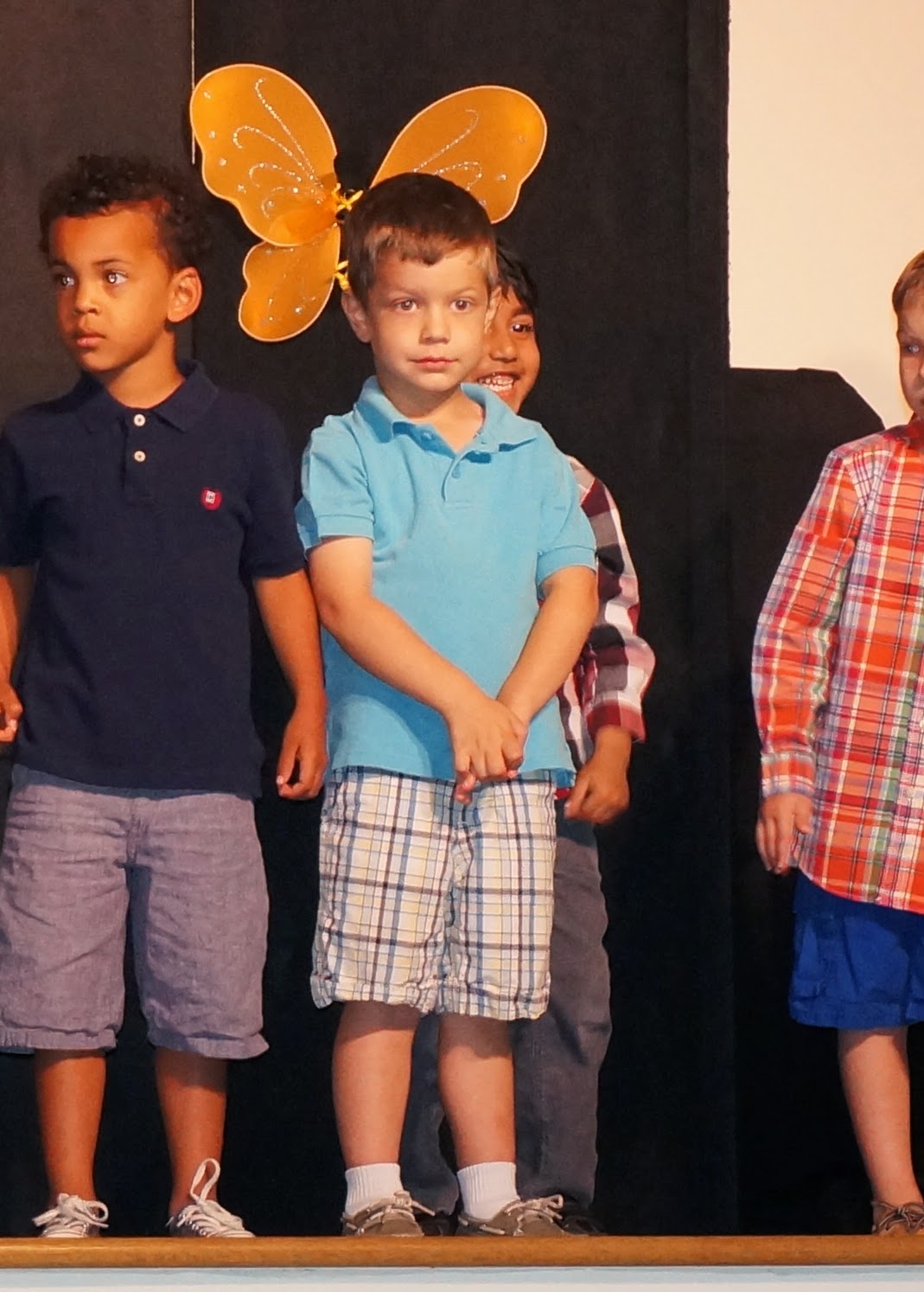 Isaac on stage during his end-of-the-year preschool performance.
He had such wonderful teachers this year and his school worked for weeks and weeks on this performance.  Isaac had told me in advance that his "arm controllers are broken and his volume is turned to zero" when he's on stage, so we told him that we'll have fun watching him on stage, even if his controllers are broken.  He's still the cutest little kid on the stage!  In the video below, he's standing along the front of the stage on the far right.
Noah had an awesome year in first grade.  He loved every minute of going to school.  He had a great teacher and great friends.  I would ask him what he did in school when I picked him up, and every day, his report was that he "played" and/or "had fun."  He would also say that "Today was the best day ever!"  Along with having so much fun in school, he learned an impressive amount of information and became passionate about being compassionate to others. 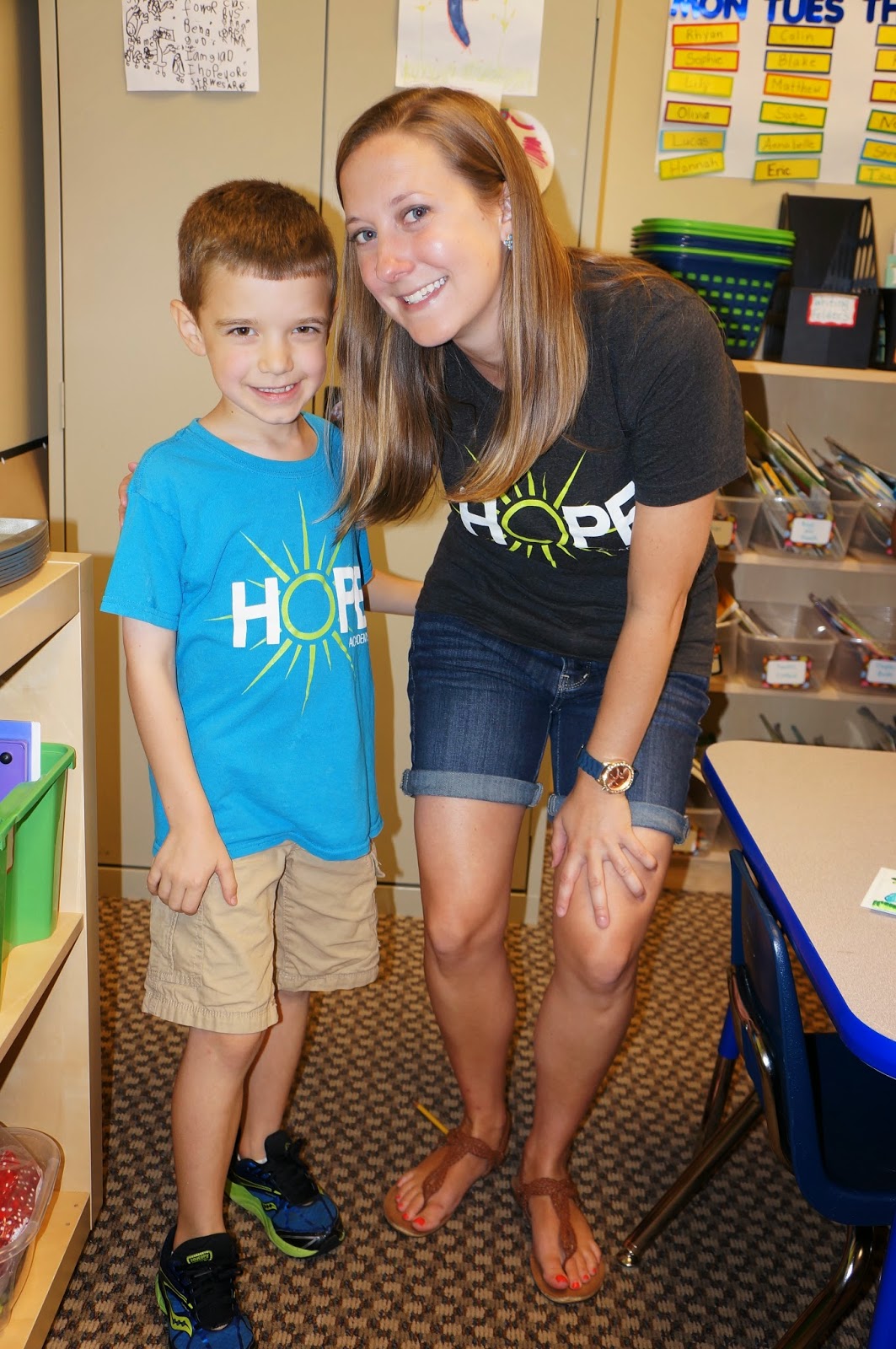 Noah and his teacher
Noah's class wrote a book titled "The Important Book About Hope Academy" and they read it as part of their end-of-year performance.  Noah is at the end, and he stole the show!
So, hello summer!  We're glad you're here and we're looking forward to having fun!

Posted by Educating My Own at 3:28 PM