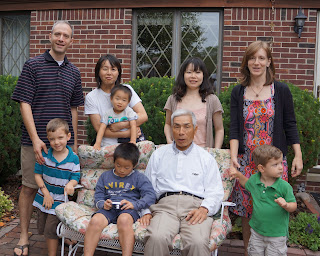 In August, we had so much fun reconnecting with my exchange sister Taeka when she came to visit from Japan!  Her family also came along, so we got to spend time with her sister Nami, her two nephews, Yoshi and Hitoshi, and her father Yukio. 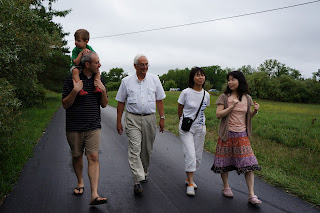 We were only together for a few short days, but it was so fun! 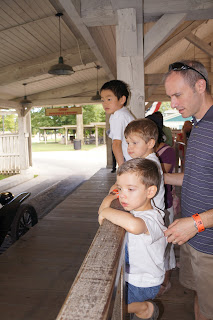 The boys were shy with each other on the first day, but after that, they were like a barrel full of monkeys! 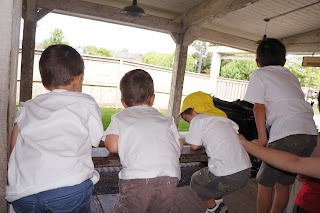 The international fun of climbing on a fence 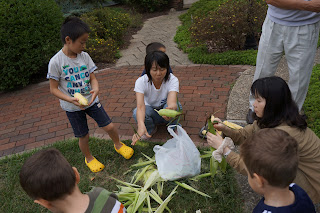 The international fun of shucking corn on the cob
It was such a fun time of being together.
It was a great reminder that friends and family can be half-way around the Earth, but we're still connected!

Posted by Educating My Own at 6:44 AM