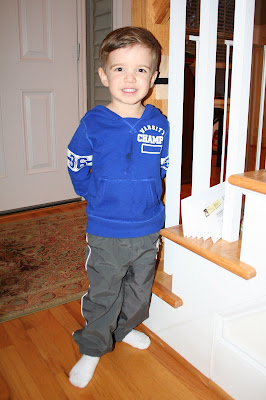 I took these pictures of Noah just a few days before we moved.  He was wearing his new sweatshirt and track pants for the first time and he said they felt so cozy, but it's much cuter when Noah says it himself because it sounds like "so tozy."  He's been "tozy" all winter long because he says his jammies feel so "tozy" and when we tuck him into bed he says "make me tozy."  Sometimes he wakes up in the middle of the night and calls out for us just so we can come in and make him "tozy" again.

Sometimes when you feel "so tozy" you just have to dance! 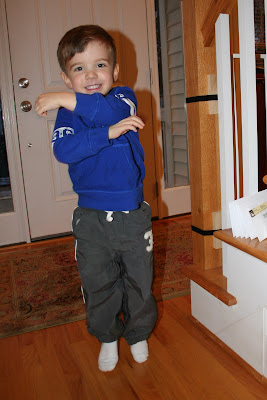