Isaac has loved being five.  He has said for quite a while that even when he has his birthday and turns six, he still wants to be five years old.  He just isn't finished being five.  He wanted to have a party and cake and presents, but didn't want to turn six.  Matt thought of the solution of saying that he is turning "five plus one."  Isaac thought that was a great idea, so today, we celebrated Isaac turning "five plus one." 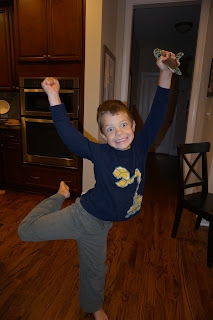 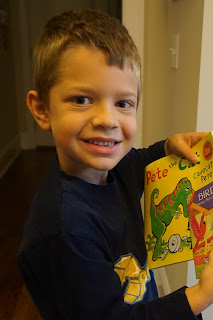 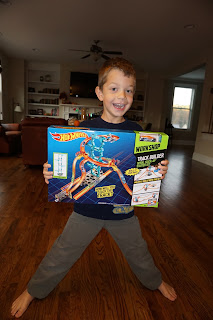 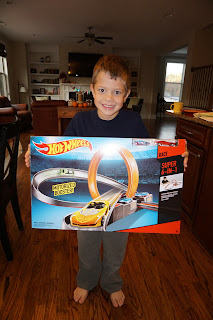 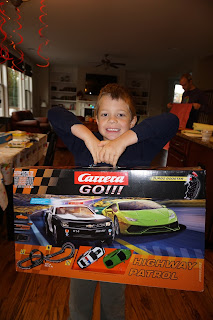 It was the year of race tracks!  Isaac got two different hot wheels tracks and one slot car race track. 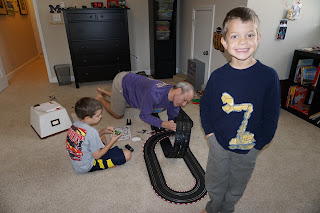 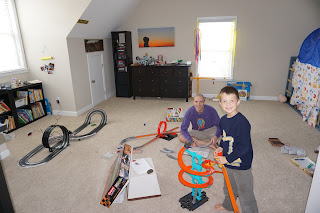 The boys' bedroom has turned in to race track central!

Isaac is so excited for his new toys, but the best present of the day was from Noah.  Noah gave Isaac a mouthguard, which was the only present that Isaac requested for his birthday.  Isaac is loving having his own mouthguard.  He's been asking for one for weeks.  Sometimes it's the simple things that are the best, and when it's from your brother, it's even better :-) 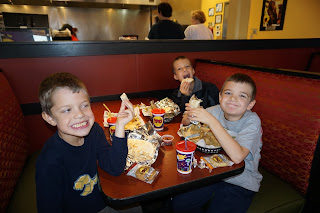 We celebrated with a birthday lunch at Moe's with our friends 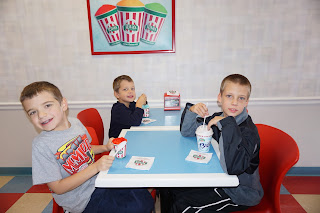 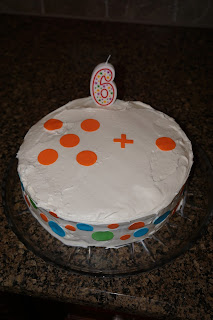 Then home for pizza dinner and chocolate cake.  Matt decorated Isaac's cake with a custom "five plus one" design! 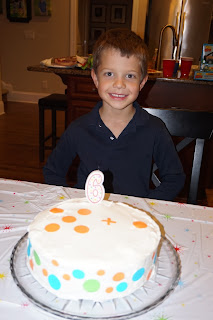 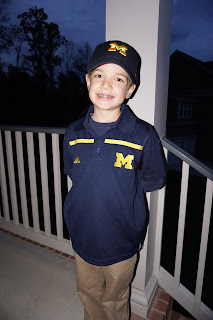 Then it was time to trick-or-treat!  Noah was Jim Harbaugh, coach of the University of Michigan football team 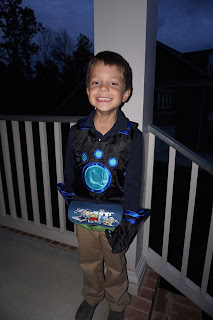 Isaac was Martin from WildKratts 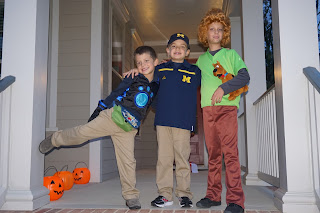 They went trick-or-treating with their good friend Ryan, dressed as Shaggy

Happy five plus one birthday to you, Isaac!
You are a spectacular blessing in our lives!

Posted by Educating My Own at 9:22 PM