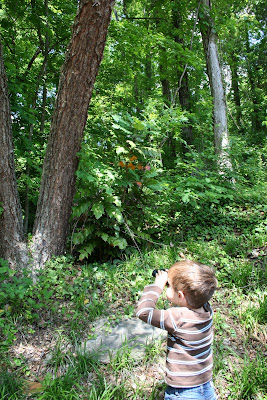 Noah has developed a deep interest in maps.  He spends a lot of time studying the states on his USA placemat, atlas and puzzle, and the countries on his globe.  He also knows most of the state flags and license plates.  He uses Google Maps everyday to see how the traffic looks in New York City (and he gleefully exclaims, "It's bad traffic!  Very bad!"

One day, I saw him outside looking into the forest with his binoculars.  I asked him what he was looking for.

He said he was looking for Japan. 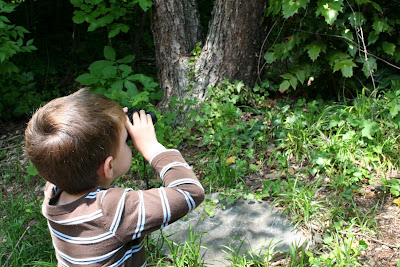 After much looking back and forth, up and down, he said he could see a chimney in Japan!

He was so excited!

He also said he could see some people looking at him and waving from Japan.

How cool is that?

Posted by Educating My Own at 9:29 AM