Isaac had quite the first birthday! 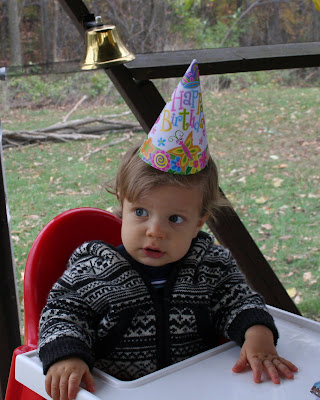 His first party was with his family in Michigan, and his second was at home in North Carolina. 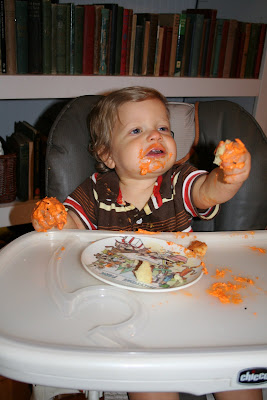 On the morning of his birthday, Isaac woke up in Grammy and Yaya's house in Michigan. He had so much fun playing with them during our 10-day stay, but we had to say good bye and start looking forward to seeing them again at Christmastime in Arizona.  Isaac then went on the second plane ride of his life.  Isaac has turned out to be a good flier!  He only struggled and fussed while he was trying to fall asleep, but other than that, he had fun looking out the window and playing peek-a-boo with the other passengers.  We arrived home and Isaac took another nap in his own crib, then it was time for dinner and our own birthday party!  Isaac had fun smooching the orange icing on his cupcake, and he even took a couple of bites.

We got ready to go trick-or-treating after our party, and Isaac had fun being a bear cub.  We opened presents the next night, and he had a great time playing with is new toys.  Actually, Noah had as much fun as Isaac did playing with the new toys - they were a hit! 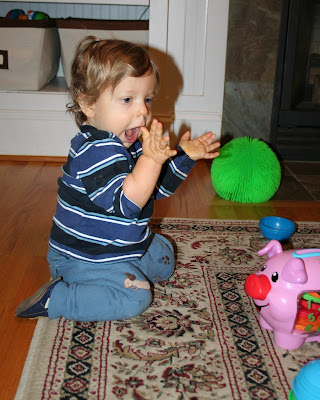 Happy birthday to you, Isaac!
We love you!

Posted by Educating My Own at 8:22 PM